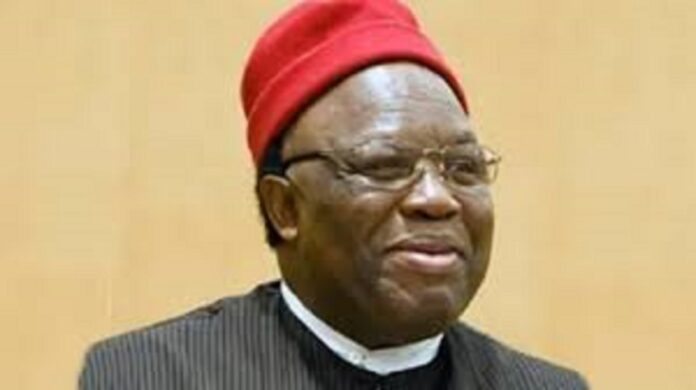 Former Deputy President of the Senate and Leader, South East Caucus of the Senate, Senator Ike Ekweremadu, has congratulated the newly elected President-General of the Ohanaeze Ndigbo Worldwide, Prof. George Obiozor, saying the new Ohanaeze leader has what it takes to lead Ndigbo.

Ekweremadu, in a statement by his Media Adviser, Uche Anichukwu, on Monday, described Obiozor as a man of “uncommon pedigree, unimpeachable integrity as well as a bridge-builder with national and international clout and appeal”.

“I believe the former university don and Nigeria’s Ambassador to the United States of America, the former Nigeria’s Consul-General to South Africa and newly elected Secretary-General of Ohanaeze, Okechukwu Emuchay, and others constitute a formidable and dependable team for harnessing and advancing Igbo interest worldwide at this crucial time in our history.

“They have proved their mettle over the years and we trust them to bring their antecedents of quality leadership, national and international reach, and diplomatic finesse to bear in advancing the Igbo course in Nigeria and globally”, Ekweremadu added.

While urging Ndigbo to pray for the new leadership, Ekweremadu, however, enjoined Obiozor and his team to “rally everyone”, noting that more than ever before, Ndigbo needed to be together the more and speak with one voice.

He wished them a successful and historic tenure.