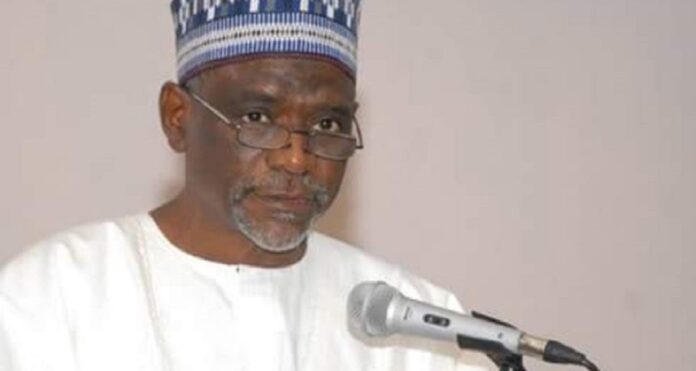 The coming of the All Progressive Congress [APC] was grand and filled with lofty promises made by the then candidate Muhammadu Buhari to the angry Nigerian populace who were looking forward to a utopian dream of a change from the Goodluck Eberemi Jonathan administration to a much better Nigeria where education would be made free and of improved quality for both the have and have not. But reality dictated otherwise.

Investigation conducted by 247ureports.com into the activities at the office of the federal ministry of Education revealed the ministry to have reduced to a family business operated by shadowy crime-gang – a septic aggregation of nepotism and corrupt practices.

Prior to Adamu Adamu’s rise to the position of federal minister of education in the Buhari administration, he held sway as a columnist for a national newspaper and had served as an accountant at the Bauchi water board. When Adamu Adamu relocated to Abuja he was residing in a rent-free home in Gwarimpa belonging to the former Secretary to the Government of the Federation [SGF], Ahmed Yayale. The former SGF allowed Adamu Adamu to live in his home. Adamu was unable to afford rent in Abuja.

It all changed for Adamu Adamu within weeks of being named into the cabinet of Buhari administration.

Adamu Adamu moved from his rent-free residence to a palatial house in Wuse 2 designed and built by Julius Berger Construction Company. It is located behind Nigeria Turkish School. Shortly following his relocation, a female relative of the education minister revealed that the minister purchased a luxurious home in Maitaima, Abuja. The new home is considered a palace by close family relatives who have visited the house.

The sudden elevation from grass to sudden life of opulence also reached beyond the Minister to the slew of Special Assistants and Personal Aides.

One of his Special Assistants by name Dauda Abdul Hamid had served as a desk officer under the Bauchi State civil service prior to joining Adamu Adamu in Abuja. Financially, he was challenged. His home at his hometown in Azare took him little over 15years to complete due to limited availability of financial resources. However with his arrival at the Ministry of Education as a Special Assistant, his life became one of opulence. He now owns forty [40] horses and is now a title holder in Azare. Dauda was recently seen inspecting two properties in Asokoro, Abuja – each worth over N300m. He has since married two wives and has purchased two houses – one for each wife. Furnished each of the house with more than N100m.

Our source points to the source of Dauda’s wealth as being from the criminal activities within the Education Ministry in connivance with the Minister.

One instance was how the family of late Alhaji Garba Ibrahim was duped by duped by Dauda for 100s of millions.

Late Alhaji Garba Ibrahim was an old friend of the minister who had been of great assistance to the Minister while the minister was financially down. He usually helps Adamu to come to Abuja and back to Azare.  The man later died in a heartbreaking freak accident. He was struck by a moving lorry while he was jogging. Adamu, in an attempt to reward the family, awarded a contract to the family worth 100s of millions. Dauda dipped his hands in the kitty and stole the contract – and gave the family a pantry sum of N4million – and bragged about it saying what would the family of late Alhaji Garba Ibrahim do with 100s of millions. The minister who was aware of the goings on reacted. He got angry and ordered Dauda to return the money. Dauda returned the said money to the family.

Such backhanded maneuvers by actors around the Minister has in effect turned the Ministry into a cesspit.

Another character utilized by the Minister is the infamous Abdul Mumini from Buhari’s home State of Katsina. According to our source, “he does the dirty deals for the minister… he is the one that gives contract award letters… and one must settle him before getting the award letter.” He acts in connivance with the minister.

Alhaji Kaulaha Aliyu from Azare also features as a member of the gang.

He was once a running mate to Ahmed Muazu as deputy governor but was unceremoniously removed following accusation of having stolen money belonging to government. He was replaced by Muazu. After Muazu won the gubernatorial seat, Muazu retained him as the unofficial deputy governor. “He did the dirty deals for Muazu.” According to our source, “he came to help Adamu Adamu the same way he helped Muazu” and he has done the task well.

Another member of the corrupt gang is a blood brother to the minister, Alhaji Ibrahim Adamu. He was a member of the Bauchi State House of Assembly from 2011 to 2015. He acts in the same capacity as Dauda Abdul Hamid. He runs interceptions for the minister. He receives brides on behalf of the minister. Often he is seen bragging about alerts to his friends when he receives them. Once he was having early dinner with his friends at a restaurant in Maitaima and an alert on his phone beeped. It was an alert of 123million. He gleefully passed his phone around the table to his friends to see. He serves as SA to the minister.

The list of deplorables would not be complete without the mention of Salisu Mustapha [Duwai]. He is a personal assistant [PA] to the Minister. Prior to joining the minister, “he didn’t own a bike but now owns properties in Abuja and Azare.” He was the one who advised the Minister to do away with his Kaduuna home located at Katuru road in Kaduna – a highbrow area. The advice was based on the area having turned to an area housing a nightclub and thus prostitution and drug peddlers. He told the minister that if he sold the house he could purchase another with a mere 100m.

It is worthy to note that the Minister was financially challenged prior to his accession to the seat of minister. And he presents a public persona that projects him as a cash strapped individual who is pious and upright.  This was as the son of an old friend, [late Yalwaji Sakuwa] attempted to reach out to Adamu to inform him of his plans to marry, Adamu told him that the ministry had yet to pay him his salary. So he had no money to contribute toward the marriage preparations. Late Yalwaji Sakuwa died in an accident while coming to Abuja to visit him [Adamu].

A sad story of hypocrisy.

TETFUUD and UBEC make up two of the many parastatals under the ministry of education. Reports have shown these parastatals serve as cash cow for the head of ministries and politicians in the past and present. The aim and objectives of the parastatals are often not achieved as a result of overzealous corrupt heads of parastatals. The import of Adamu Adamu at the realm of affairs of the ministry may have not served to revamp or rescue the practices rather it worsened. It is certain the skills required for the position is lacking where the minister is.