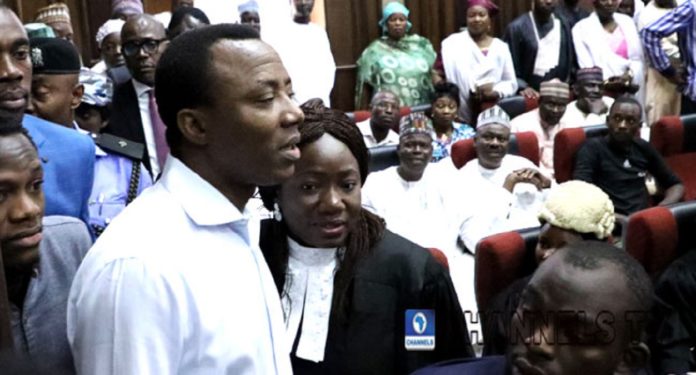 A group, ‘The Take It Back (TIB) Movement,’ United States Chapter, yesterday called for  the immediate and unconditional release of Omoyele Sowore and four other pro-democracy and rights activists that were arrested on New Year eve during the #CrossoverWithProtest.

The group, in a statement by its Director of Communications, Oladotun Ogunleye, expressed sadness over what it described as “the unchangeable leopard spots of Nigeria Police Force.

He said: “The EndSARS protest that gave Nigeria a bad image on the international scene was caused by police brutality and it has not being brought to a proper closure befitting of a democratic society.

“The Nigerian government is still battling the negative impact of its handling of that protest. The Nigeria Police is deaf and blind to all that is happening or it is daft how to internalise the dynamics of these happenings. Otherwise, another illegal arrest of peaceful protesters should not be on its to-do list at all.”

The group, therefore, called for an “unconditional and immediate” release of Sowore and other activists, “Nigeria’s economy is too fragile and the political stability too weak to start the New Year on a rancorous note.”

Ogunleye said: “For the umpteenth time, we want to inform the Nigeria Police that protests are not illegal, as the courts have ruled, and the only job of the police during any protest is to protect the protesters and maintain law and order.”

He also said the TIB Movement will not back down from its self-assigned task of restoring Nigeria to an egalitarian society.