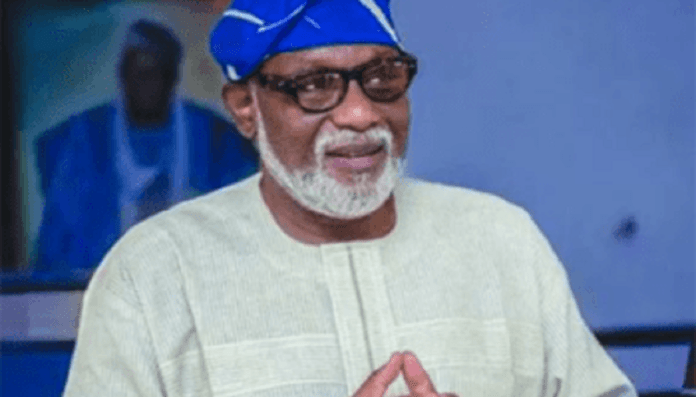 …Says Awo Never Deceived But Stood For The People

The PDP National Campaign Council for Ondo Governorship Election has

described the attempt by the APC candidate, Governor Rotimi Akeredolu, a

failed governor, to compare himself to the highly revered statesman,

The PDP campaign asserts that Governor Akeredolu can never and will

never be remembered like Chief Awolowo, the great national leading

light, but will be remembered, after his defeat at the poll on Saturday,

they needed him the most.

and memory of the late patriot, who represents light, progressivism,

development, welfarism, unity and social uprightness, which are

Of course, Governor Akeredolu is at best the opposite of Awolowo.

Awolowo empowered the people, Akeredolu deprived and impoverished them,

corruption and wrecked the economy of his state.

Awolowo believed in, cared for and respected the people but Akeredolu,

in his arrogance, exposed his disdain for the people by declaring them

his “enemies for life”.

Akeredolu should know that Awolowo never made fake promises; never

deprived the people. Awolowo’s brand of politics was not about

deception, highhandedness and recourse to violence as being witnessed in

the Akeredolu regime. Rather, Awo made the good of the people the symbol

and focus of his politics.

Of course, Awolowo was never a “political terrorist” and never assembled

a battalion of thugs to kill and maim his people. Awo never bred and

Furthermore, Akeredolu should know that Awo would never had allowed the

people, for which he had refused to give account but referred his people

to an Abuja based NGO.

Akeredolu should know that his pathetic recourse to mouthing of fake

progressivism cannot earn him even the littlest of reverence accorded to

Moreover, Akeredolu’s promise to perform if reelected is a direct

years, for which the people have reached a consensus to replace him with

our candidate, Eyitayo Jegede on Saturday.

Our campaign therefore counsels Governor Akeredolu to respect the wish

Jegede, instead of this desperate recourse to violence and sacrilegious

reference to the revered memory of Chief Obafemi Awolowo

The PDP National campaign demands that Governor Akeredolu withdraws his

blasphemous comparison with Awo and apologize to the Ondo people, the