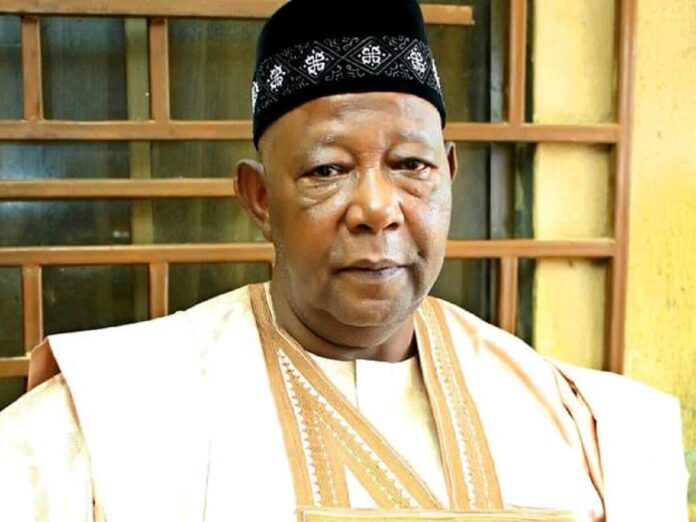 A PDP stalwart Mallam Bibi Dogo has explained that In the interest of fairness,just , Unity,and brotherhood North East should be allowed to produce next president of Nigeria in 2023.

Bibi Dogo stated this today in a statement he distributed to newsmen in Bauchi,He said North East is the most backward region when compared with the region’s in the country in terms of socio economic development despite the huge minerals resources and population of electorates in the region.

He said even interms of States and Local Governments creation on Nigeria Northeast was not treated fairly considering its land mass and population.

Bibi Dogi said North east has only 120 local Governments areas with Big states like Borno 27,Adamawa 29,Taraba 16,Bauchi 20’Gombe11 and Yobe has 17 local Government  areas, for that you can’t compare it with South West or North Central that has 154 to 165 local government areas.

He said “i think, in all fairness, we should allow the North-East to produce the President but if that is not possible by the calculation of the political parties, they should ensure that justice and fairness dominate what they want to do in terms of zoning the presidency. I belong to the PDP and I believe the PDP will allow justice and fair play to play out but that is not debatable, north east should have it in the best interest of unity of the

Mallam Bibi Dogo noted that zoning of the Presidency to any particular region of the country was at the discretion of political parties, he said the North east should be given the opportunity to produce the next President”

He said ” put Bauchi in a scale the state alone is more than four states in the south interms of land mass and population and you can’t travel 120 kilometers within one local government  from the state capital, and from Taraba, Adamawa to Gombe, Bauchi up to Abuja it’s a single lane Federal road that is dilapidated , there is no region like this in the country, for that it’s now time to give our son chance to rule Nigeria in 2023″