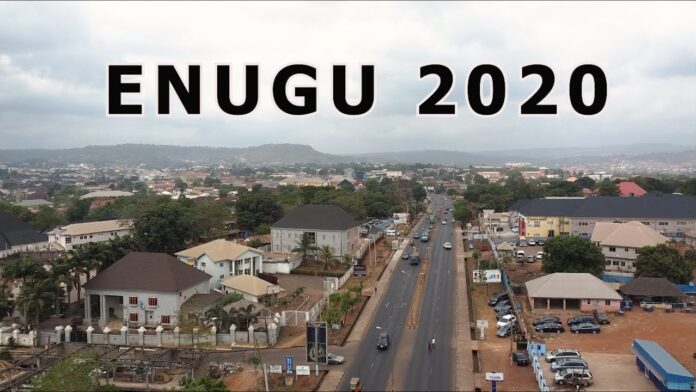 A think tank group from Enugu West Senatorial zone of Enugu State, under the aegis of ‘Ise N’Ime Otu – Enugu West Renaissance Movement’ has inaugurated to re-awaken the consciousness of the people to the need to weed out bad politics and inffectual representation in the zone.

Inaugurating the group on Saturday at the Base Event Centre, the National Coordinator, Comrade Eneiga Fpi, said their membership cut across all professions and student organisations.

He said it was conceived following the collapse of a people oriented and welfare driven politics in their zone as well as to align their people with the government policies, programmes and activities for the development of the zone.

Fpi explained that the group would establish a bar for minimal performance by elected public officials and at the same time linking up the mass of “our people to the policies, programs and the leadership of the state.”

The group which he said was not for political reason, “will undertake to see to the domestication, familiarization and implementation of government programs to our people in both the urban and rural areas,” adding that “all it takes for a good nation to go bad is for good men to do nothing.”

“We therefore resolved to organize and spare no resources, and efforts to restore the dignity of our people and enthrone a new culture of competence, accountable stewardship, responsiveness and efficient representation as well as people’s welfare in our democratic practices.

“This resolution gave rise to the establishment of this vehicle of internal political inquest and rectitude called ‘Ise N’Ime Otu Renaissance Movement of Enugu West’ to champion this course whose time has come.”

Speaking to journalists, a founding member of the group, Mr Peter Aja said the was not found to attack anybody or government, but they can no longer stand on the fence, while their future eroded.

“Anything that is going to affect  the people of Enugu west senatorial zone will be critically securitized and heavily criticised no matter whose ox is gored,” adding tha “ideas rule the society”.