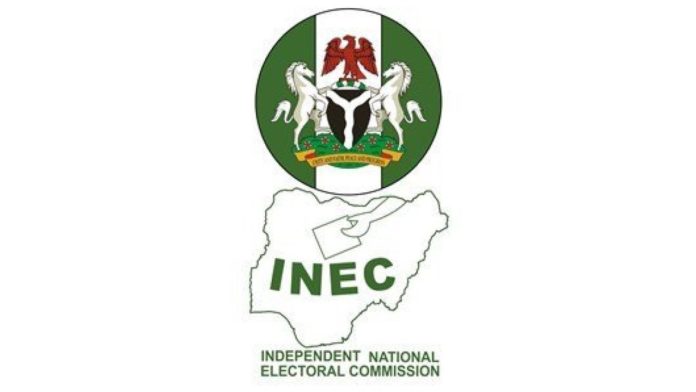 Recently, a video of the Governor of Imo State, Distinguished Senator Hope Uzodimma, surfaced on the social media where he was reported to have said that he emerged the governorship candidate of his party, the All Progressives Congress (APC), through the Ben Johnson way. I’m our clime, Ben Johnson is an expression meaning smart thinking, but has been distorted by gang of bitter folks, given teeth, legs and wings, and has been made to walk, run, fly and even bite. They have made the expression to represent loathsome characteristics. The opposition People’s Democratic Party (PDP) in the state believes that the statement was the Governor’s validation of their falacious claims that he did not win the 2019 governorship election, and that he won his Supreme Court judgement of January 14, 2020, through unfair means.

On the other hand, the opposition elements in the All Progressives Congress (APC) agrees with the PDP, but added that the Governor’s statement betrayed a kind of fraudulent mannerism. We understand the plight of these people, and they have our sympathy in large quantity.  These opposition elements within the ruling party are essentially those who left the party for the Action Allaince (AA) in the heat of the governorship election in 2019 to pursue the governorship ambition of their preferred candidate. Apart from not winning the trophy in AA, they have been bitter for two major things. One is that they lost the trophy. The second is that their dreams have been cut short in the party and the government. These disappointments, coupled with others, drove these hitherto APC chieftains into bitter opposition. This bitterness is the reason they are not pleased with whatever the Governor does or says. They would rather say the Devil has become a saint than admit that the Governor has done well. We understand.  After all, when someone transforms himself to an enemy within, nothing you do sounds pleasing to him.

We have heard the several political colouration and criminal misrepresentation of the Governor on the said statement. To those who genuinely think they did not understand what he said, we freely offer our assistance, hoping that they may find the grace to grasp issues as elementary as this. The Governor, while addressing the press came down on a lighter mood, commenting on the 2019 governorship election processes, particularly the internal politics of the APC that threw him up as the party’s governorship candidate.

We also note that no angel has won the ticket of any political party, and that winning the ticket of a political party involves all the machinations one can think of and muster. It is not romance. It is hard tackle. It is like the kingdom of God. It suffers violence and the violent takes it by force. This forceful taking of power is done differently by different persons as there are no clear-cut and abiding rules. One may argue that the political parties and the Independent National Electoral Commission (INEC) have laid down rules for the conduct of internal party activities, including primary elections, and the general elections. But the truth is that these rules are often observed in the breach.

For example, it has been argued in some quarters that it is in breach of the electoral laws that someone would win a governorship election using votes from three local governments, or votes from three local government areas becoming bigger than votes from the rest 24 LGAs. It has also been argued that it is in breach of party directives that someone emerged the Deputy Speaker of the Federal House of Representatives in 2011. Media reports indicated that members of the House, in order to thwart the directives of the party, scaled the gate – and almost pulled it down – in order to produce the Deputy Speaker. It was also reported that some persons disguised as women and were smuggled into the House – and all sorts of subterfuge. Furthermore, against the gentlemen agreement, a politician in Imo State was said to have gone to the House of Representatives for a record third term – not minding the fact that breaching the age long gentlemen agreement would offend his brothers from Ngor-Okpala. These breaches are forms of winning through the Ben Johnson way.

We also recall that in 2011 Okorocha emerged the Governor of Imo State, by one: militarizing the election; second, some returning officers were reportedly whisked away, which left some local governments, such as Ohaji/Egbema, Oguta and Ngor-Opkala with no results. Yet someone became Governor and ruled for eight years! In a similar development, the late Senator Benjamin Uwajimogu was reportedly declared winner of the Senatorial election in Okigwe Zone while election was still going on in some areas, particularly in Isiala Mbano LGA. The Governor of Kogi State was also reported to have emerged through a process that saw many dead. There are also media reports of people bribing electoral officers to do their bidding.

The truth is that most Nigerians do not believe that elections are won through free and fair means. Electoral malpractices have been the bane of our democracy. From outright rigging, vote-buying, ballot box snatching, violence, etcetera – few examples of electoral malfeasance – elections are nightmarish. Though some could claim that there have been improvements in our electoral system, elections in Nigeria have not been recorded to be free and fair since independence. This is the reason elections are fraught with litigations, leading up to the Supreme Court. This ugly trend has also led to some people claiming that the courts, particularly the Supreme Court, are part of the electorate.

President Umaru Musa Yar’Adua, the beneficiary of the 2007 flawed election, garnered 24.6 million votes to beat his competitors. Nevertheless, he acknowledged that the election that produced him as President “had shortcomings”. He promised to introduce far reaching electoral reforms. This sentiment, widely acknowledged by former presidents – that is, that the electoral system in Nigeria is fraught with irregularities and that reforms are needed in the sector, was what Governor Hope Uzodimma reechoed in his Ben Johnson metaphor. Simply put, the Ben Johnson statement is a metaphor for the flawed electoral system in the country and the call for far reaching reforms.

Former President Goodluck Jonathan agrees that elections are flawed in Nigeria. Speaking on the Presidential Panel of The Osasu Show 2020 recently, he said that electronic voting is the only way to credible elections in the country. The former President stressed that the outcome of elections should be decided by the ballots, not by any other means — not even the courts. He said: “In terms of regular elections, we are progressing, but are these elections credible? Are they representing a constructional democratic setting is the issue. Regular elections, fine, but elections per se is not democracy. If the votes of the citizens don’t count, then it is as good as military dictatorship. So from me, the  reforms will first get to us by making the vote counts.

In essence, understanding Governor Hope Uzodimma’s pictorial metaphor of Ben Johnson implies that we take cognisance of the flaw in the electoral system and align ourselves to the call for reform. Electronic voting, to our mind, is the best option towards addressing our electoral maladies. Advanced countries have since enthremched electronic voting in their system and it’s paying off for them. We need to do same. And when we understand this simple metaphor as couched by the Governor, we would only applaud his honesty, courage and candor. Moreover, this understanding would assist us accept the need for a reform in the electoral system, and the fact that no politician is a saint.