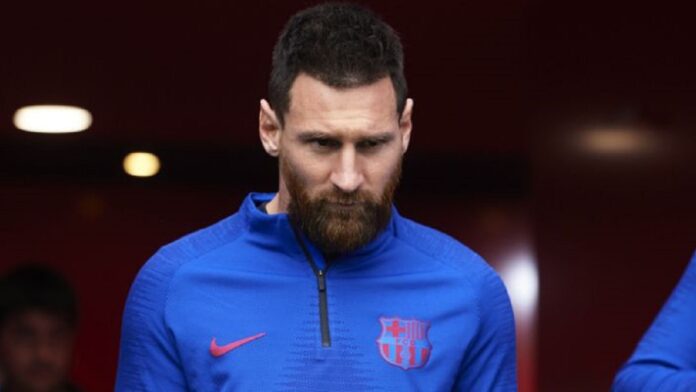 Messi has sensationally handed in a transfer request at Camp Nou.

City are reportedly stepping up their chase as Pep Guardiola looks to reunite with the six-time Ballon d’Or winner.

Messi wants to end his association with embattled LaLiga giants Barca amid links to City, Paris Saint-Germain and Inter.

The Guardian also claims City are convinced they have a chance of signing the superstar captain.

– Goal says Barca forward Luis Suarez has been offered to Juventus as the Serie A champions consider a move. Suarez has reportedly been told he is not part of Ronald Koeman’s plans.

– Gianluca Di Marzio says Milan have made a new bid to sign Brescia sensation Sandro Tonali. The Italy midfielder has been linked to Inter, though the Nerazzurri are yet to reach any agreement with Brescia as they eye Barca’s Arturo Vidal.

– Inter, meanwhile, have opened talks with Roma to sign veteran full-back Aleksandar Kolarov, according to Fabrizio Romano. Chelsea’s Emerson Palmieri has also been targeted but Inter are refusing to meet their demands.

– The Mirror claims Tottenham are weighing up a move for Atletico striker Diego Costa. Jose Mourinho worked with Costa during the pair’s time together at Chelsea. Sky Sport Italia also reports Spurs have had a request for Nicolo Zaniolo rejected by Roma.

– City remain in talks to sign Napoli centre-back Kalidou Koulibaly, says Romano. Negotiations are taking place indirectly following the fallout from Jorginho’s switch to Chelsea in 2018, having been set for City.

– Bayern Munich veteran Javi Martinez has turned down a move to Fiorentina as he is close to joining David Silva at Real Sociedad, says La Razon.

– Liverpool star Sadio Mane has been offered to Barca amid uncertainty over Messi’s future, according to Tuttomercatoweb.