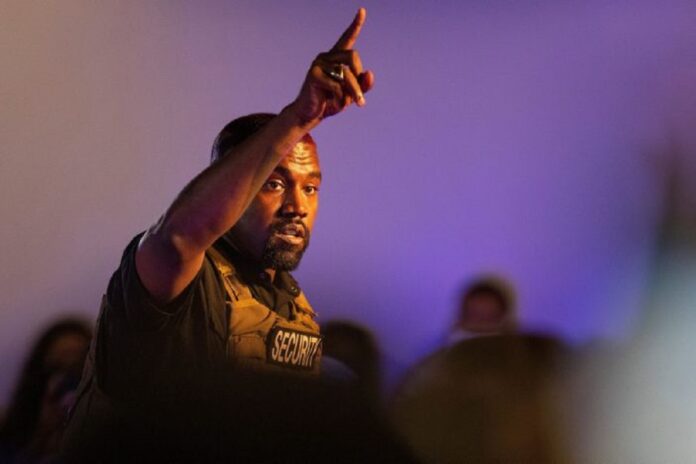 Kanye West will be on Tennessee’s November ballot as an independent candidate, but the rapper running for president failed to qualify this week in two other states – Missouri and Wyoming.

West’s campaign on Thursday submitted its signature petition to the Tennessee Secretary of State’s office, which has since reviewed it to verify that at least 275 signatures were of registered Tennessee voters.

Mark Goins, Tennessee’s coordinator of elections, confirmed Tuesday that West has qualified. Information wasn’t immediately available on how many of West’s signatures were determined to be valid, an issue that has disqualified West from the ballot in some other states.

Tennessee, which marks the eighth state where West has qualified to run for president, requires far fewer petition signatures than most other places.

Earlier Tuesday, Missouri election officials announced West will not be a presidential candidate in that state this fall.

Missouri Secretary of State Jay Ashcroft said the rapper failed to gather enough signatures on his petition to appear as an independent candidate.

The singer also missed a Monday deadline to submit signatures to get on the presidential ballot in his home state of Wyoming.

West announced his bid for the White House last month and has had help in filing for office from various Republican operators and supporters of President Donald Trump.

That help has led to speculation and concern that West’s run is an attempt to boost Trump by luring votes that would otherwise go to Democratic nominee Joe Biden.

It hasn’t always worked, though.

The Wisconsin elections board ruled last week that West filed too late to be on their state’s ballot.

In Wyoming, where West has owned a ranch in the Cody area since last year, his campaign West needed to turn in 4,025 verifiable signatures of registered voters, but by Monday’s close-of-business deadline had not submitted any, secretary of state’s office spokesman Will Dinneen said.

West’s Tennessee operation has brought together an apparent bipartisan group of operatives.

West has qualified for the ballot in states including Arkansas, Colorado, Oklahoma and Utah since announcing in July he was running on a “Birthday Party” ticket.

Efforts to get West on the ballot in states including West Virginia, New Jersey and Ohio have fallen short for reasons including insufficient signatures and improper paperwork.