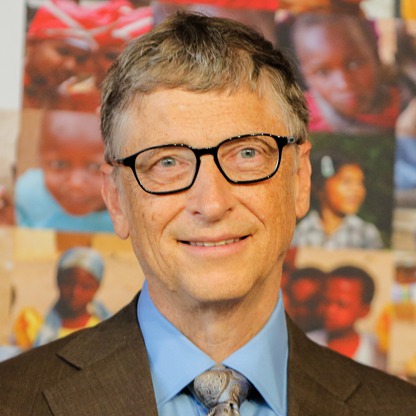 By Philip Njemanze MD
The National Council on Health presided over by Dr Khaliru Alhassan, the former Supervising Minister for Health inaugurated a national committee to implement the National Health Act 2015. The committee comprised a listing of about 27 organizations of which 18 on the list were foreign organizations to implement a Nigeria health law! At the helm of the committee is the Bill and Melinda Gates Foundation and Embassies of foreign Western Diplomatic Missions in Nigeria, WHO and other UN organizations.
The action of the Minister constitutes a treasonable felony under the 1999 Constitution of the Federal Republic of Nigeria, because health is considered National Security and surrendering the National Health System to foreign organizations amounts to an act of treason! To the amazement of Nigerians present at the meeting, organizations like the Association of General and Private Medical Practitioners of Nigeria (AGPMPN), which oversees the interests of the private sector medical practitioners and the Association of Catholic Medical Practitioners of Nigeria (ACMPN), which oversees the ethical practice of medicine were locked out prompting vehement protests by delegates who literally gate crashed into the meeting to be given a voice to speak about Nigerian health system, while foreign governments were presiding over the implementation of the laws on Nigerian health system.
The committee has started work and Bill Gates has moved to begin acquisition of all Federal Medical Centres around the country beginning with the Southeast. In Owerri, the so-called privatization and public-private partnership (PPP) has acquired the Federal Medical Centre, Owerri. This is causing a severe crisis and strikes as health workers face layoffs to make way for the new owners and their team. The hospital is in total lockdown. Similar strikes are expected to commence all over the Southeast which happens to be the first zone in the privatization effort. The implementation of this act is illegal so far as the National Health Act 2014 has not been domesticated by the State Assemblies in the various states. National Health Act 2014 as passed by the National Assembly is only in force in the Federal Capital Territory Abuja.
Observers suspect that the Southeast might be the main target of what should have been a national program. This is scary because should the Bill Gates Plan prioritize targeting Igbo states, ‘ethnic cleansing of Igbos’ could be accomplished within a few years. More people will die from the hands of Human Organ traffickers within one year than all through the three years of Biafran Civil War. Other observers have noted that while Bill Gates targeted the Northeast to capture the food security, the Southeast maybe more susceptible to the human organ trafficking and ovarian egg poaching by the international cartel.
The covert plan by Bill Gates will provide him the infrastructure for a massive Human Organ Trafficking Trade whereby human organs would be poached from Nigerians for sale via internet to rich Western organ transplant recipients. A huge market exists for human organ transplantation tourism whereby Western patients would travel to Nigeria under the propaganda cover that Nigerian Hospitals have become better and cheaper than in the Western countries, so patients come from abroad to Nigeria to receive healthcare. There would be no mention that these international patients come to Nigeria to receive Nigerian organs from unsuspecting ignorant and naive Nigerian patients who run to these hospitals to get advanced ‘white man’ hospital care but only come out dead or with vital organs and their ovarian eggs poached. Analysts see the plans by Bill Gates as extensive including capture of political power and using his caucus in the legislature to pass the laws required for his unwholesome plans. …to continue.