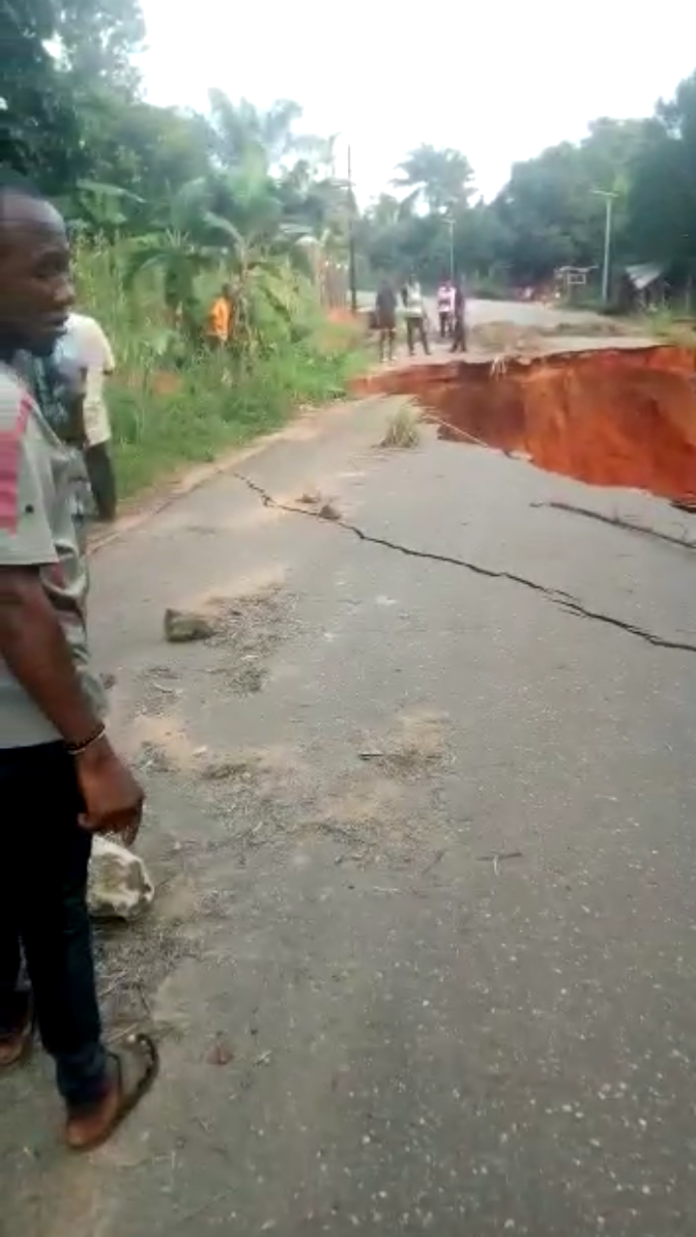 Erosion gully has wrecked another havoc in Anambra State, as it literally cut off a major inter-state road in the state.

The road which links Anambra State and Imo State through Amichi—Osumenyi—Ebenator—Ezinifite—Amaruru/Lilu had recently trended on the social media as the gully (popularly known as Ebenator Erosion Gully or Ibo Ebenator) initially caved-in a portion of it few months ago, following recurrent rainfalls.

The affected portion of the road, located off the Ebenator Junction (also know as the Amannalu Junction) in Nnewi South Local Government Area, and very close to Prof. Sam Uzochukwu’s Residence, was finally cut off and divided into two by the gully this week. 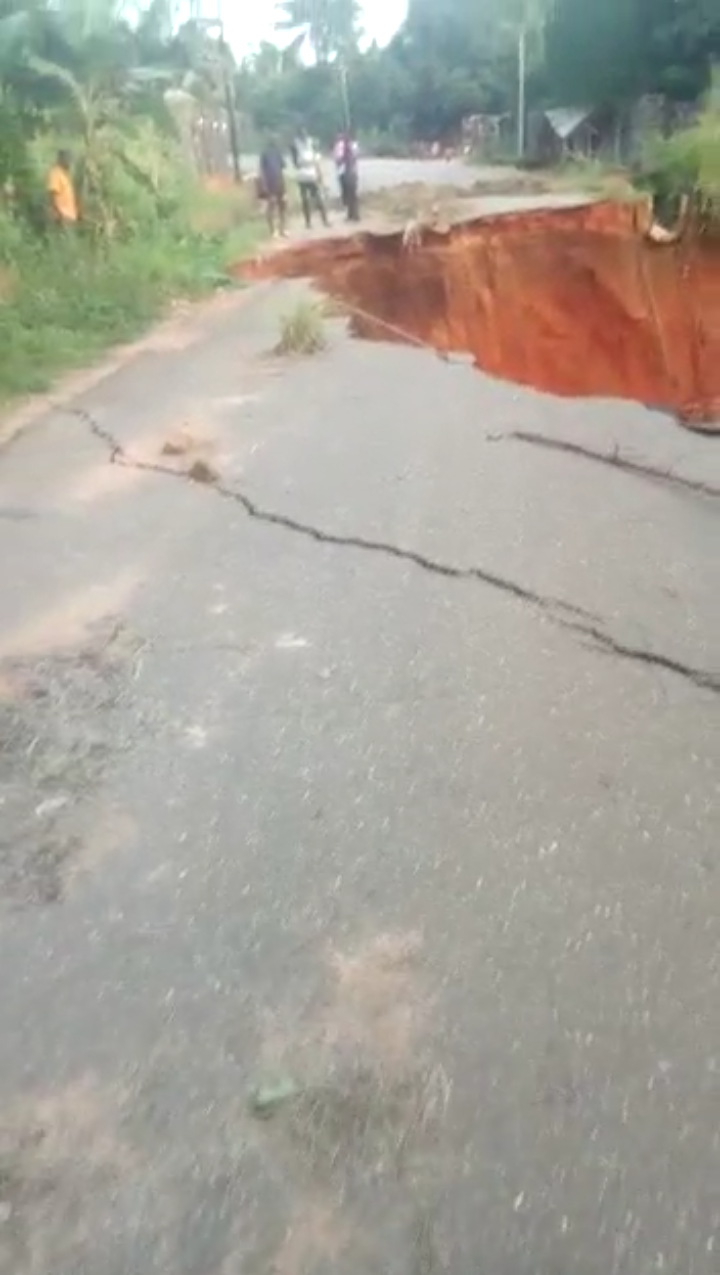 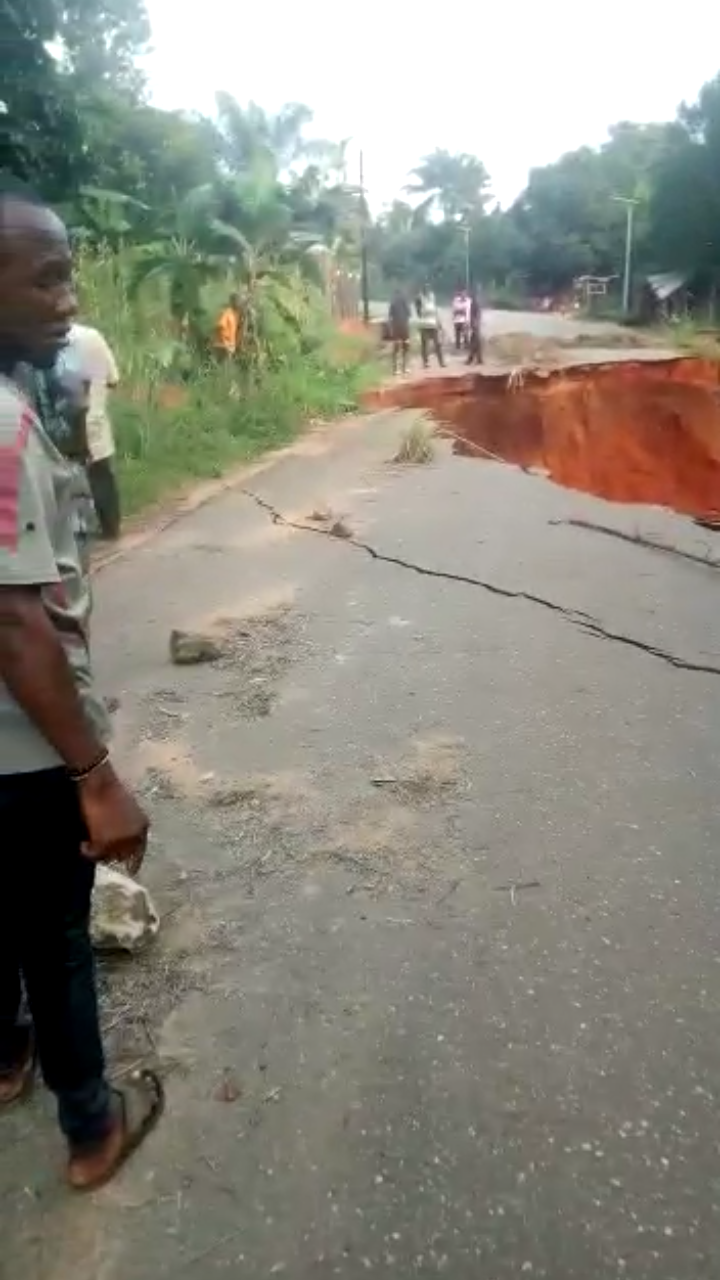 The rural inter-state road was said to be the major access road to Ezinifite, the hometown of the current Commissioner for Environment in Anambra state, Engr. Felix Odimegwu.

It was gathered that the now-cut-off portion of the road had long been threatened by the Ebenator Erosion Gully, which is unarguably the deepest and most dangerous erosion gully in Anambra State and the south east at large.

The gully was also said to have also caved-in and destroyed many houses, economic trees and crops in the community, wasted many lives, and also recently started escalating to Ebenator Central School, without any government’s intervention coming forth.

The affected portion of the road was said to be the foundational ‘head’ of the Gully and major gateway or channel through which floods from other neighbouring communities, especially Osumenyi, flow into the Ofara River through the gully, because of the slopy topography of the terrain.

Earlier speaking on the situation, the President-General of Ebenator Community, Dr. Anthony Okechukwu described the erosion menace in the community as a very terrible one, which has troubled the community for decades.

He highlighted some of the self-help efforts of the community leadership to ameliorate the situation, which only were a minor and insignificant scratch on it, owing to its huge size and depth. 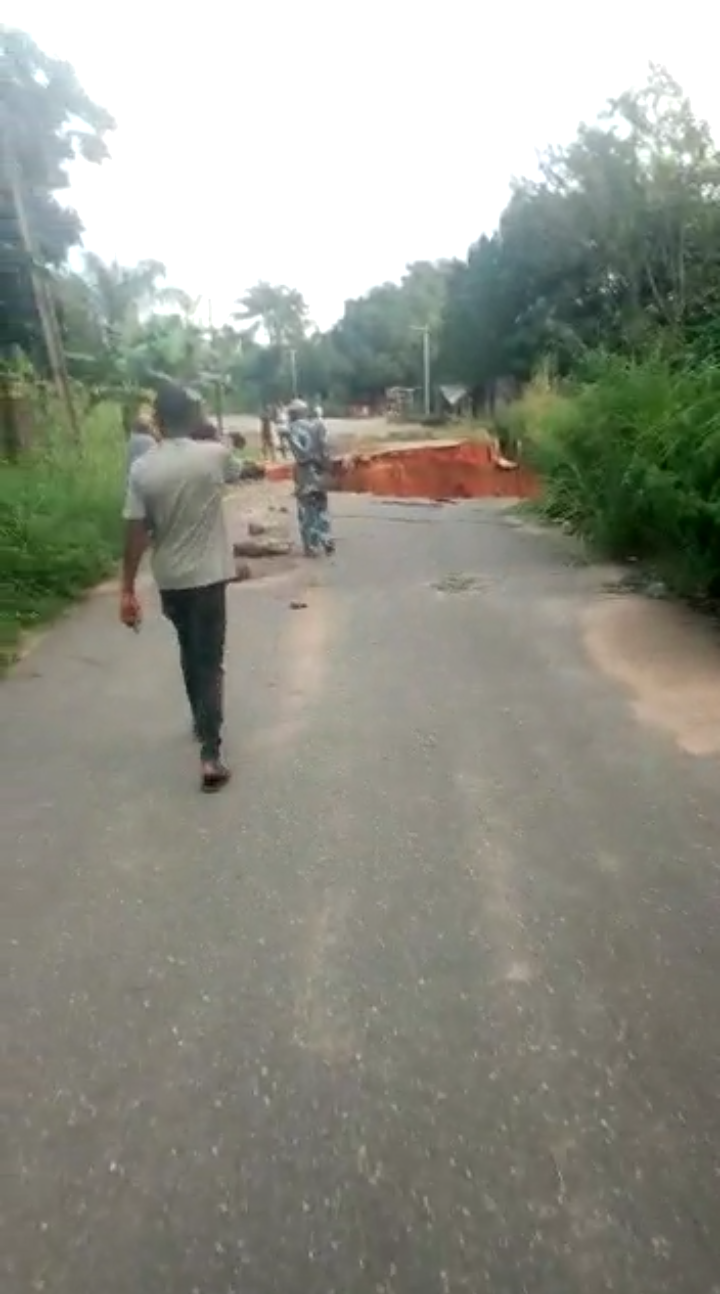 He further enumerated some of the steps his administration had taken in the past to draw government’s attention to the situation earlier before now, including writing letters to the then Governor of the state, Chief Willie Obiano and the then Commissioner for Works, Engr. Marcel Ifejiofor, which never received any response nor yielded the expected result, till the expiration of that administration.

The PG also noted that he and his team had recently visited and discussed the situation with the current Commissioner for Environment in the state, Engr. Omus, in his office in Awka, but did not see any action or intervention as promised, till this eventual partitioning of the road by the gully, which, he noted, has not only rendered the road useless now, but has also exposed the denizens and road users to a very huge risk, especially those who might not be aware of the truncation.

He reiterated his call on the state’s Commissioner for Environment, Engr. Odimegwu, to urgently wade into the situation and the menace of erosion gully ravaging the community.

All efforts to get the reactions of the state’s Environment Commissioner, Engr. Odimegwu on the situation, proved abortive, as he did not pick his calls or respond to his messages as at the time of this publication.

Meanwhile, the Commissioner had, in a recent interview with this reporter (earlier before the eventual break-up of the road) revealed that he had prompted the Commissioner for Works for his urgent intervention on the road, the processes of which, he said, had already been initiated as at the time of that communication.