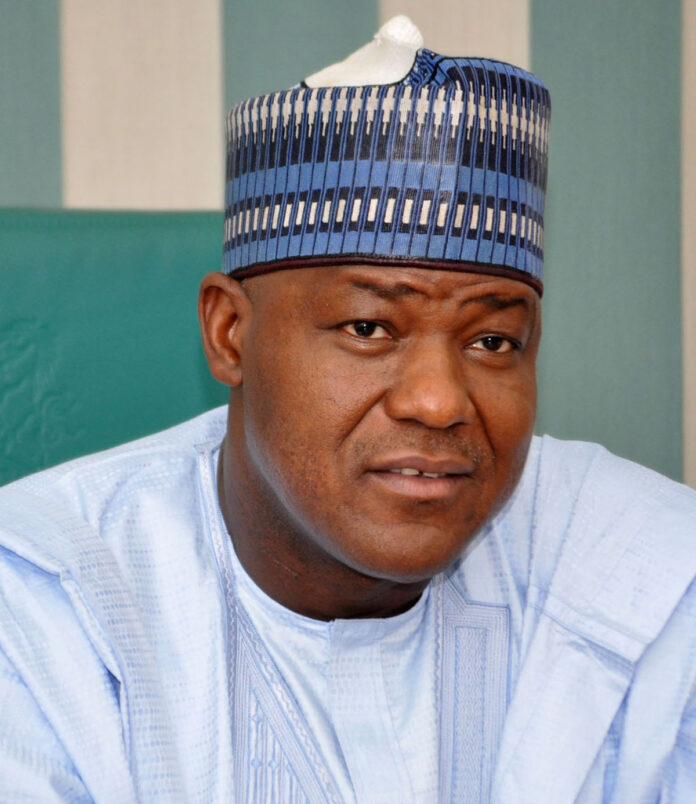 From. Ahmad SAKA, Bauchi
Former Speaker of the Federal House of Representatives Yakubu Dogara has wrote a
a petitions to the Inspector General of Police IGP over alleged assasination plot by Police officers
In a petition  written and signed by Dogara which was made available to reporters by Dogara media aide Turaki Hassan dated  18/08/2022 tittle” Appeal for a thorough investigation in to gin running activities involving Inspector Dakat Samuel, Inspector Auwalu Mohammed and Barau Joel Amos (Sarkin Yaki)as ot relates to confession of Barau Joel Amos that he sought to buy the riffles in order to kill me and three others”
Dogara said he want to draw the attention of the IGP on the matter which is currently before the DCP Criminal Investigation Department of the Nigeria Police, Bauchi State Command.
He said ” I am sure you are seized of the matter by now since it involves looting of your armory in Bauchi by the very officers who are entrusted with the safe custody of your arms and a constituent of mine, Barau Joel Amos who sought to buy or has been buying assault rifles from the officers”.
Dogara who is a member representing Bogoro, Dass, Tafawa Balewa  Federal Constituency Said “I have been authoritatively informed that the said Barau Joel Amos has confessed that the reason he sought to buy the rifles is to kill me and three of my constituents, vis: Bar Istifanus Bala Gambar, Rev Markus Musa (CAN Chairman, T/Balewa) and Emmanuel (Chairman NL, T/Balewa). I find it worrisome that there has be no official advise from the police relating to this credible threat to our lives to enable us beef up security around us or just to be careful about our movements. More so, there is a spike in cases of kidnappings and killings by unknown gunmen especially in Lere District of T/Balewa. A case in point was the attack at Boto town where some relations of a former Governor of the State were killed while some were abducted.” 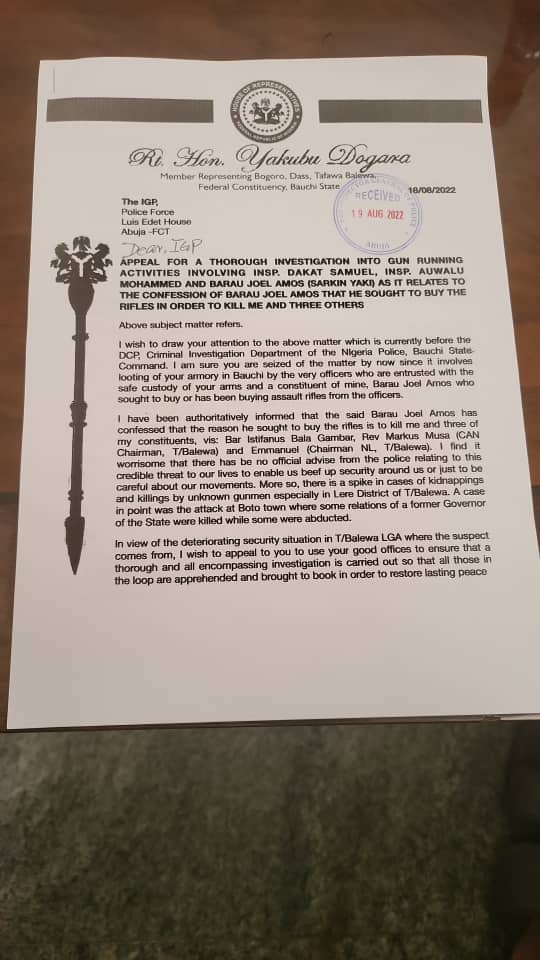 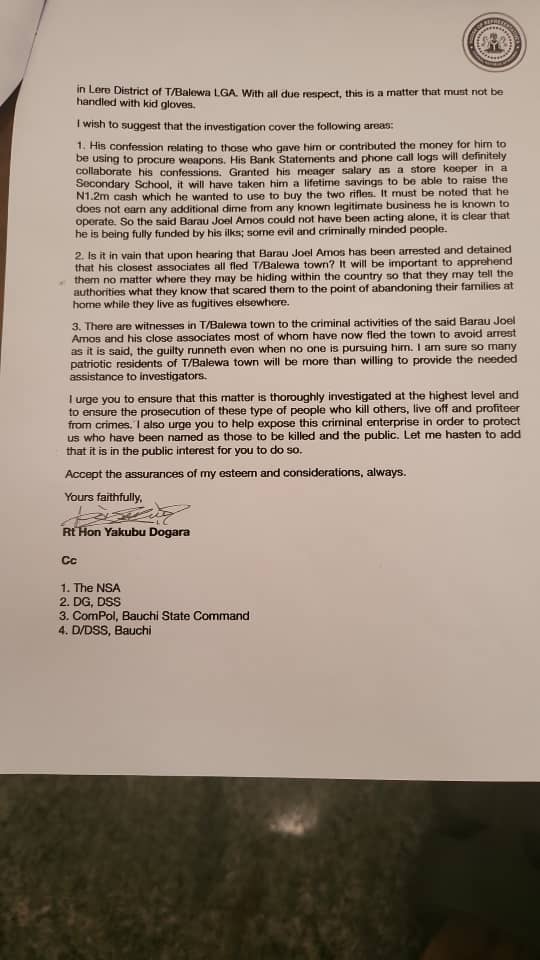 He said “In view of the deteriorating security situation in T/Balewa LGA where the suspect comes from, I wish to appeal to you to use your good offices to ensure that a thorough and all encompassing investigation is carried out so that all those in the loop are apprehended and brought to book in order to restore lasting peace in the Lere District of T/Balewa LGA. With all due respect, this is a matter that must not be handled with kid gloves.”
Dogara suggested that the investigation cover the areas of ” His confession relating to those who gave him or contributed the money for him to be using to procure weapons. His Bank Statements and phone call logs will definitely collaborate his confessions. Granted his meager salary as a store keeper in a Secondary School, it will have taken him a lifetime savings to be able to raise the N1.2m cash which he wanted to use to buy the two rifles. It must be noted that he does not earn any additional dime from any known legitimate business he is known to operate. So the said Barau Joel Amos could not have been acting alone, it is clear that he is being fully funded by his ilks; some evil and criminally minded people.”
” Is it in vain that upon hearing that Barau Joel Amos has been arrested and detained that his closest associates all fled T/Balewa town? It will be important to apprehend them no matter where they may be hiding within the country so that they may tell the authorities what they know that scared them to the point of abandoning their families at home while they live as fugitives elsewhere”.
“There are witnesses in T/Balewa town to the criminal activities of the said Barau Joel Amos and his close associates most of whom have now fled the town to avoid arrest as it is said, the guilty runneth even when no one is pursuing him. I am sure so many patriotic residents of T/Balewa town will be more than willing to provide the needed assistance to investigators.”
Dogara urged the IGP” to ensure that this matter is thoroughly investigated at the highest level and to ensure the prosecution of these type of people who kill others, live off and profiteer from crimes, I also urge you to help expose this criminal enterprise in order to protect us who have been named as those to be killed and the public. Let me hasten to add that it is in the public interest for you to do so.”