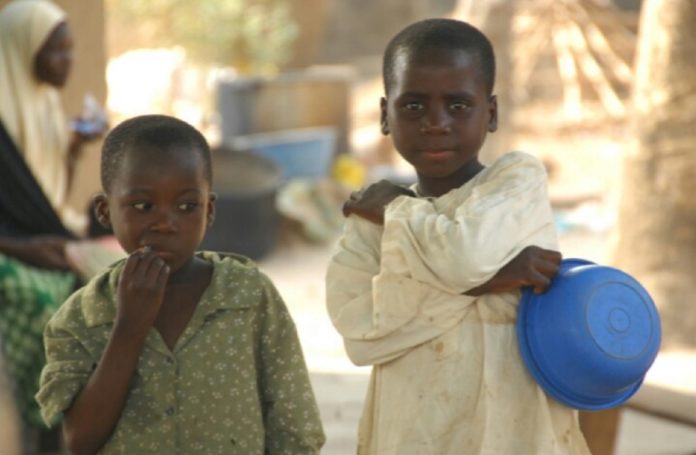 An empty stomach is not a good political adviser. Albert Einstein

If I sing say water no dey

If I sing-ee say, food no dey

The first one, na leg-ee robbery

The second one na, armed robbery

He go take-e gun defend himself

The third one, na head-oh robbery

Which president we get-ee never steal?

A true story from Associated Press, Reported by Kurt Westervelt is the bedrock of my admonition this week, and they often say, facts are sometimes stranger than Fiction, and this is so because they are confusing…

On March 23, 1994 the medical examiner viewed the body of Ronald Opus and concluded that he died from a shotgun wound to the head.

Mr. Opus had jumped from the top of a ten-story building intending to commit suicide. He left a note to the effect indicating his despondency.

As he fell past the ninth floor his life was interrupted by a shotgun blast passing through a window, which killed him instantly.

Neither the shooter nor the deceased was aware that a safety net had been installed just below the eighth floor level to protect some building workers and that Ronald Opus would not have been able to complete his suicide the way he had planned.

“Ordinarily,” Dr Mills continued, “A person, who sets out to commit suicide and ultimately succeeds, even though the mechanism might not be what he intended, is still defined as committing suicide.”

That Mr. Opus was shot on the way to certain death, but probably would not have been successful because of the safety net, caused the medical examiner to feel that he had a homicide on his hands.

In the room on the ninth floor, where the shotgun blast emanated, was occupied by an elderly man and his wife. They were arguing vigorously and he was threatening her with a shotgun.

The man was so upset that when he pulled the trigger he completely missed his wife and the pellets went through the window striking Mr. Opus.

When one intends to kill subject “A” but kills subject “B” in the attempt, one is guilty of the murder of subject “B”.

When confronted with the murder charge the old man and his wife were both adamant and both said that they thought the shotgun was unloaded.

The old man said it was a long-standing habit to threaten his wife with the unloaded shotgun. He had no intention to murder her. Therefore the killing of Mr. Opus appeared to be an accident; that is, if the gun had been accidentally loaded.

The continuing investigation turned up a witness who saw the old couple’s son loading the shotgun about six weeks prior to the fatal accident.

It transpired that the old lady had cut off her son’s financial support and the son, knowing the propensity of his father to use the shotgun threateningly, loaded the gun with the expectation that his father would shoot his mother.

Since the loader of the gun was aware of this, he was guilty of the murder even though he didn’t actually pull the trigger.

The case now becomes one of murder on the part of the son for the death of Ronald Opus.

Further investigation revealed that the son was, in fact, Ronald Opus.

He had become increasingly despondent over the failure of his attempt to engineer his mother’s murder. This led him to jump off the ten-story building on March 23rd, only to be killed by a shotgun blast passing through the ninth story window.

The son had actually murdered himself, so the medical examiner closed the case as a suicide.

Reportedly, last week, over one thousand farmers relocated from their communities to Funtua LGA in Katsina as a  result of persistent attacks. The farmers were denied access to their farmlands after payment of levies to the gunmen. Parts of the community that were affected include; Sabuwar Abuja, Maigamji and Dukke communities. This is not an exception, it is becoming a commonplace, banditry and forceful displacement is the order of the day. And we do not get the short- and long-term import.

In April 2022, the United Nations established the Global Crisis Response Group on Food, Energy, and Finance. This group is tracking the three major crises of food inflation, fuel inflation, and financial distress.

Their second briefing, released on 8 June 2022, noted that, after two years of the COVID-19 pandemic: the world economy has been left in a fragile state. Today, 60 percent of workers have lower real incomes than before the pandemic; 60 percent of the poorest countries are in debt distress or at high risk of it; developing countries miss $1.2 trillion per year to fill the social protection gap; and $4.3 trillion is needed per year – more money than ever before – to meet the Sustainable Development Goals (SDGs).

This is a perfectly reasonable description of the distressing Nigerian situation, and things are likely to get worse.

Nigeria is heading into an election year, our leaders do not have plans for social protection systems and safety net, poor families are facing hunger, health-related spending will be almost nonexistent; children who temporarily left school due to COVID-19 may now be permanently out of the education system; or smallholder or micro-entrepreneurs may close shop due to higher energy bills’.

I have intentionally left out all the strikes by various unions in the health and education sectors. Food and fuel prices are not only increasing but will remain at very high levels, prices are escalating, and this will be the source of even more instability in the country. Nigeria is in the midst of ‘a perfect storm’ if you take into account the impact of increasing prices as well as inadequate salaries. The ‘horizon has darkened’.

When the late Fela sang CBB in 1990, little did he know that the era he bemoaned would be viewed as part of the good old days. Today, pafuka na hunger, nothing is what it seems, the Nigerian state is bereft of idea, the people are at an all-time low, all is not well, hunger is causing confusion, is there hope—Only time will tell