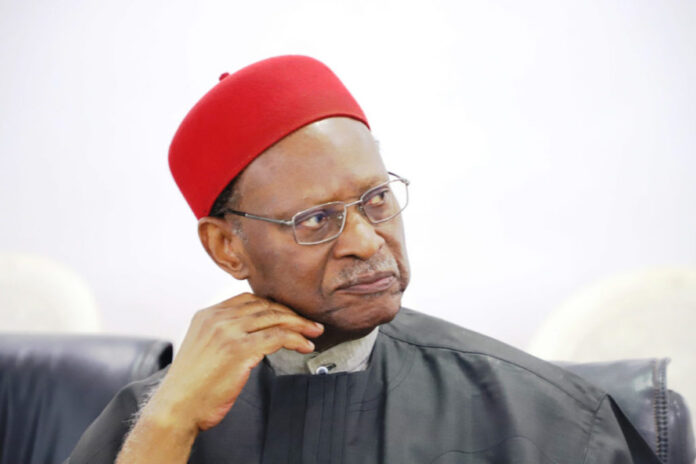 By Favour Goodness The Anambra Elders’ Council, comprising eminent people and notable traditional rulers, has urged the people of the South East to stop the unnecessary sit –at –home, urging Governor Willie Obiano to liaise with other South East governors and traditional rulers to find immediate solution to the problem.

In a communiqué signed at the end of a meeting in Awka, the former Secretary General of the Commonwealth, Chief Emeka Anyaoku, who is the chairman of the council and the Obi of Onitsha, Igwe Nnaemeka Achebe, who is the chairman of the state Council of Traditional Rulers also urged political parties participating in the November 6 election to desist from abuse of opponents while campaigning for votes. The communiqué read in part:

“We express concern that some non-state actors have been giving orders stopping people from working, including going to school and writing critical examinations.

These orders have been detrimental to the people of not only Anambra State, but also the Southeast political zone. We advise Governor Obiano to work in concert with the other Southeast governors, traditional rulers of communities, presidents general of town unions and other community leaders to end the stay-at- home orders by non-state actors”.

The elders also discussed the forthcoming governorship election in the state saying, “Our concern is that while the political parties’ campaigns have been peaceful and free of violence, there is an unacceptable level of personal abuse on the social media, which is not healthy for our people as it may lead to violence.

“We note that the last two major elections in our state were free of violence, and we urge our people to continue with peaceful campaigns and elections.

“All political parties, their candidates, supporters and Anambra people, as well as the electoral authorities, are enjoined to work assiduously towards a free and fair election. The results must be transparent and reflect the will of the people.

“We urge all candidates and their supporters to refrain from personal abuse and focus their campaigns on issues relevant to the peace and development of Anambra State.