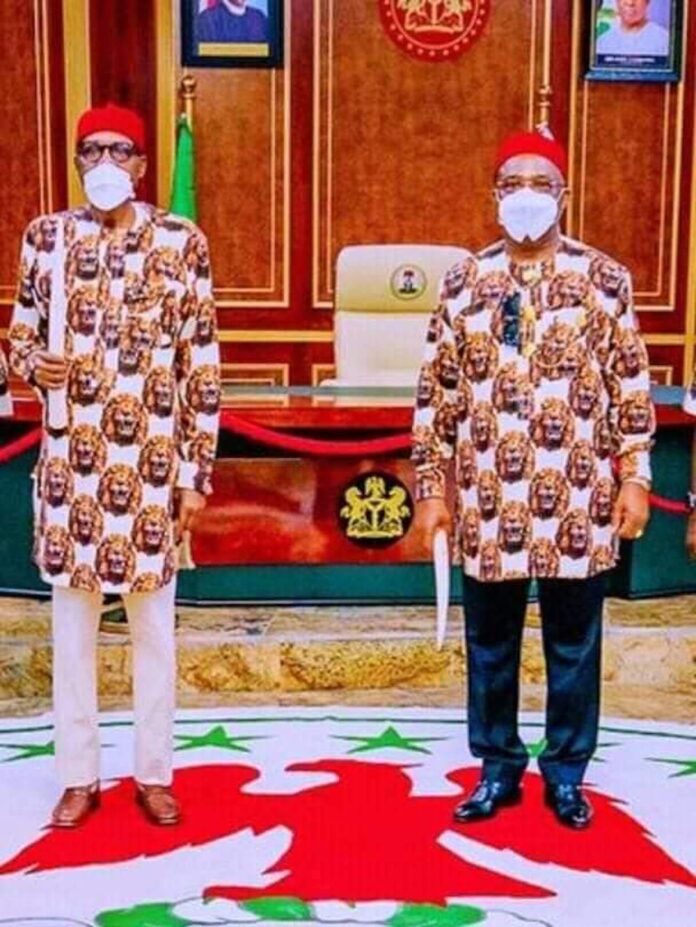 As the dust from the visit of the President of the federal government of Nigeria [FGN], Muhammadu Buhari settles, the realities of the visit have become increasingly visible.

This is as information available to 247ureports.com obtained from a consortium of sources knowledgeable of the goings on within the presidency indicates the handlers of the President – including the President share mixed feelings over the visit. “We were misinformed”.

On the top level, there were no projects to be commissioned.

“It was unreal. We were looking at each other in bewilderment.”

Other sources who shared similar angst over what appeared a hurried preparation for the Presidential visit, said “he Governor and his people were not prepared for us”. The absence of a welcome gala was “the first to hit us. The normal fete that follows a visit like this was not there. They were disorganized and scattered”.

“He scammed us…”  He gave the President the wrong impression.

The President was told the current administration has turned Imo State into a construction site, a haven of infrastructural development where a majority of the populace were already won over by the All Progressive Congress [APC] administration.

Malami did not help matters…

It was gathered, the Federal Minister of Justice and Attorney General of Federation, Malami played the principal role. He was the one that lobbied the President – and gave him the impression Imo State was ripe for visit. He spoke glowingly of the governor of Imo State. According to our source, it was Malami who got the reluctant President to agree for the visit.

The date of the visit was carefully scheduled to fall before the gubernatorial election in Anambra State of November 6th, 2021 where an unpopular candidate under the APC banner is slated to compete against candidates of the All Progressive Grand Alliance [APGA] and the Peoples Democratic Party [PDP] – to create the impression the President was behind the candidacy of the APC gubernatorial candidate. Already, rumors and concerns by twelve political parties involved in the gubernatorial exercise of November 6th are growing over plans by APC to rig the election. Gov Hope Uzodinma is the chairman of the Senate Andy Ubah gubernatorial campaign. He has pledged to deliver Senator Andy Ubah as the next Governor of Anambra State. Timing of the President’s visit was to affirm the Uzodinma’s pledge.

Local politicians of the APC who accompanied the Governor to receive the President shared similar sentiment.

“The President was shocked. He adds, He was thoroughly misinformed. President Buhari did not hide his displeasure. We could see it and feel it. Ask anybody who was there.”. One of the projects commissioned by the President was a renovated room within the government house. Another project was a 30meter stretch of a double lane road that has not reached 15% completion.

“Even the little girl that came to hand the customary flowers to the President as he existed the Presidential aircraft was push away. I guess by the security officers.”.  This source stated that he has never been more embarrassed in his decades of being a politician. In his words, “the President was scammed”.