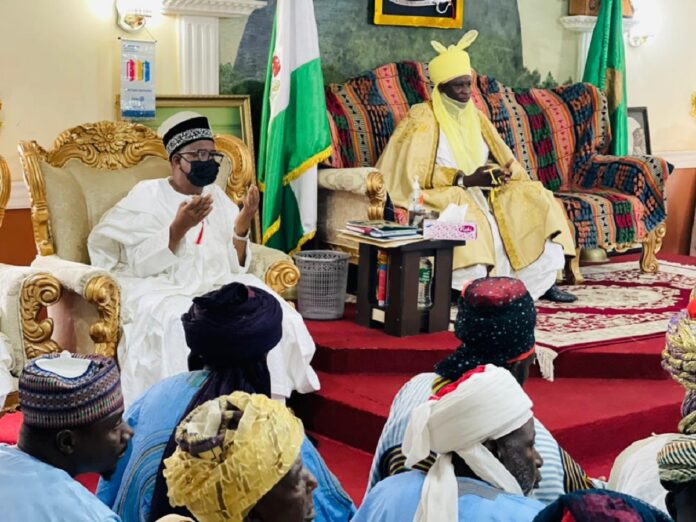 His Excellency, the Executive Governor of Bauchi State, Senator Bala Abdulkadir Mohammed today paid a condolence visit to Dass Local Government over the death of the PDP Chairman of the LGA, Malam Ladan Haruna Kafinta.

While condoling the Emir of Dass at his palace and the deceased family, Governor Bala described the loss a great to the PDP, Dass Local Government and the State in general.

The Governor pledged to donate a house to support the family to ensure their wellbeing and comfort.

Responding, the Emir of Dass, His Royal Highness, Alhaji Othman Bilyaminu Usman and the Dass LGA Chairman, thanked the Governor for the condolence.