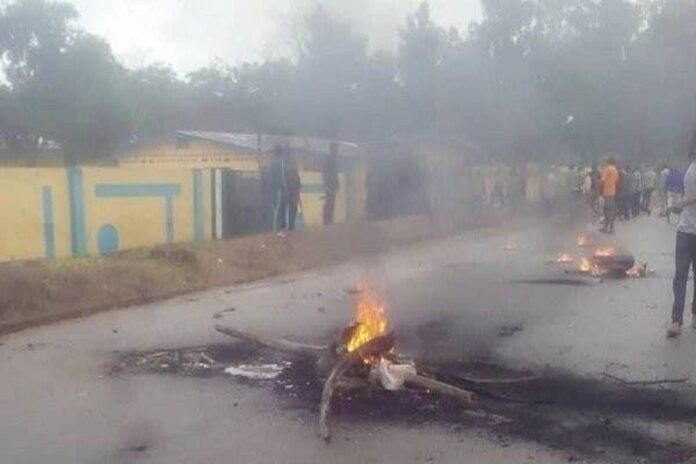 247ureports gathered that the gunmen attacked the station on Thursday while some policemen were on duty.

According to reports, the hoodlums were in possession of inflammable substances which they used to scare the policemen on duty away after which they carried out their arson successfully.

The development caused panic in the area, as the policemen on guard , suspects and natives ran into nearby bushes.

It was further gathered that the files and documents belonging to the police were lost in the inferno.

A source said, “this is very strange. Fleeing hoodlums have just set the Aboh-Mbaise Divisional Police Headquarters on fire. They didn’t bother going into the compound. They only threw the inflammable substance at the station and drove off few minutes after it caught fire.

“All the policemen on duty including suspects who were being detained, ran into nearby bushes. Locals also fled their homes as the fire raged. We have not seen this one before.”

Orlando Ikeokwu, the Imo state police public relations officer, who confirmed the attack when contacted said that no policeman was died in the incident.