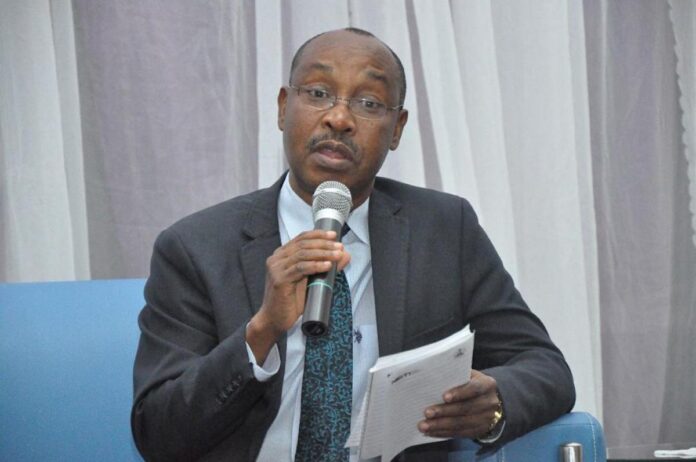 The Nigeria National Petroleum Corporation (NNPC) has welcomed with delight the news of the appointment of Dr. Orji Ogbonnaya Orji as the Executive Secretary of Nigeria Extractive Industries Transparency Initiative (NEITI).

A statement by the Corporation’s spokesman, Dr. Kennie Obateru, quoted the Group Managing Director of the NNPC, Mallam Mele Kyari, as applauding President Muhammadu Buhari for the wonderful decision of appointing Dr. Orji as the Executive Secretary of NEITI to continue the massive reforms currently in progress in the oil and gas industry.

Mallam Kyari, who described Dr. Orji as a competent technocrat, EITI expert and resource governance  professional, said he has been deeply involved in NEITI and NNPC engagements on reforms of the oil and gas industry over the past decade and that the appointment was most timely.

He noted that as a supporting company of the EITI at the international level, NNPC was ready to sustain its collaboration with NEITI under Dr. Orji’s leadership in the key areas of the agency’s industry audit process, exchange of information and data, commodity trading, contract transparency, beneficial ownership, mainstreaming and overall oil and gas industry reforms under the EITI/NEITI framework.

The NNPC helmsman expressed optimism that Dr. Orji would help consolidate the gains so far achieved by the NNPC-NEITI Joint Committee on Remediation set up to ensure speedy implementation of all the findings and  recommendations contained in NEITI Independent Audit Reports of the oil and gas industry.