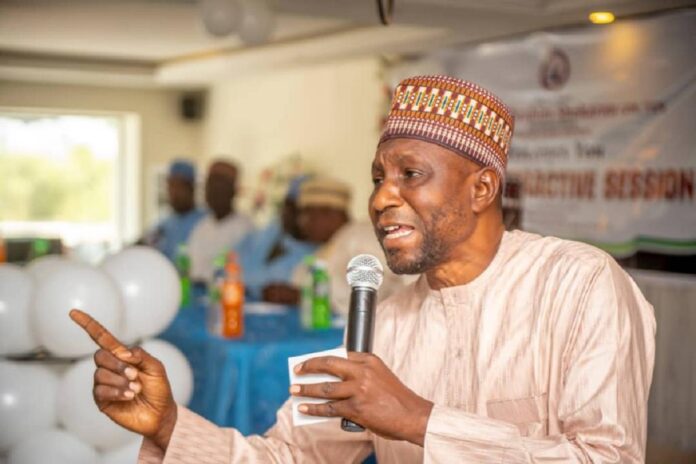 In a democracy, the legislature is the most vital arm of government. Not only does effective representation distinguish a democratic government from other systems, it provides the platform for popular participation, a bottoms-up approach to agenda setting and grassroots accountability from which democracy earns the bragging right as government of the people, for the people, and by the people.

Representation under democracy, however, creates a burden of trust. In Nigeria, that burden has been discharged to various degrees by elected legislators and councillors. When the burden of trust is reasonably discharged, and to the constituents’ satisfaction, the incumbent is rewarded with another term. A unique Nigerian experiment, the Constituency Projects, an executive-legislature consensus initiative that allows legislators to identify key capital projects in their constituencies for priority budgetary allocation, offers serious-minded lawmakers further opportunity to make a difference back home. This is even more noteworthy when the legislator in question is a former governor who is widely respected for massive capital projects and infrastructural redevelopment during his eight-year tenure.

Last weekend, Distinguished Senator Ibrahim Shekarau CON, the senator representing Kano Central in the Red Chambers, conducted representatives of various media houses round projects he attracted to his constituency. Although in his usual style of rendering transparent and accountable stewardship, Malam regularly updates constituency members with his activities, the weekend event was an extraordinary outing that has provided a convergence of dialogues on the thoughts and stewardship of one of the most brilliant and outstanding lawmakers in the 9th National Assembly. Before an audience featuring key stakeholders, political bigwigs, and supporters, the Sardaunan Kano laid a progressive Legislative Agenda and Stewardship Report, which have shaped talking points even beyond Kano Central. In social media and other discussion forums, the excitement goes beyond the 10 notable Constituency Projects and empowerment programs which Malam attracted to Kano Central. It is about the big ideas behind them.

The Distinguished Senator spoke passionately about human development and social justice as his guiding principles in the National Assembly. From the onset, his priority is human capital development, which he sees as the foundation of other developments. They are the principles that guide his selection of projects to bring to his constituency because they are projects that directly benefit his constituency’s people.

Human capital investment is the foundation of other developments. As Governor, Malam also prioritized investment in human capital development. Being familiar with the challenges of his constituency, Malam appreciates that investments in the educational and health sectors are lifelong investments that can potentially impact the lives of the people in the long term.

“My immediate priority in my constituency projects is how to improve the education sector because it is the bedrock of development. Therefore, we used the available fund allocated as constituency projects to provide some projects at primary, secondary and tertiary institutions in our zone”, the distinguished Senator said at the stewardship briefing covering the 2019/2020 legislative year.

On this note, Malam leans on global giants’ shoulders, especially when one considers his illustrious pedigree as an educationist of repute. The former Secretary-General of the United Nations, Kofi Annan, once said that “education is a human right with immense power to transform. On its foundation rest the cornerstones of freedom, democracy and sustainable human development”.

Therefore, with self-satisfaction and a sense of accomplishment, the distinguished senator inspected ongoing projects comprising classrooms, offices, furniture, and stores constructed and provided within the 15 LGAs of Kano Central, through the auspices of the Universal Basic Education (UBE).

It was the former Prime Minister of Norway, Gro Harlem Bruntland, who described health as the core of human development, a belief shared by Senator Shekarau, who places a high premium on his constituents’ healthcare. The distinguished Senator used the occasion to announce his plans to construct an ultra-modern pharmacy at the Malam Aminu Kano Teaching Hospital as part of 2021 Constituency Projects. He also inspected the completed first phase of a long road network he initiated to improve access into and through the tertiary health institution.

The senator further assured that a 6-member technical committee which he set up, comprising of professionals, will monitor the projects to ensure they are up to standard and compliant with specifications within the required bill of quantity.

It may be recalled that soon after assumption into office as a Senator, Malam influenced the empowerment of 4,000 petty business owners from Kano Central with N10,000 from a N40 million facility sourced from the National Directorate of Employment (NDE) and the Small and Medium Enterprises Development Agency (SMEDAN).

Alhaji Ahmadu Maikasuwa, a notable businessman in the community, who spoke after listening to Radio Kano’s report, described Senator Shekarau as ‘not your ordinary politician.’ “We know Malam, and Malam knows the problems of the people of the Kano Central Senatorial district. Although I appreciate his rendering a public account of his stewardship, he earned our trust long ago. While thanking him for what he is doing and for what he has promised to do, I want to assure you that we are indeed lucky to be represented by a trustworthy and truthful servant of the masses”.