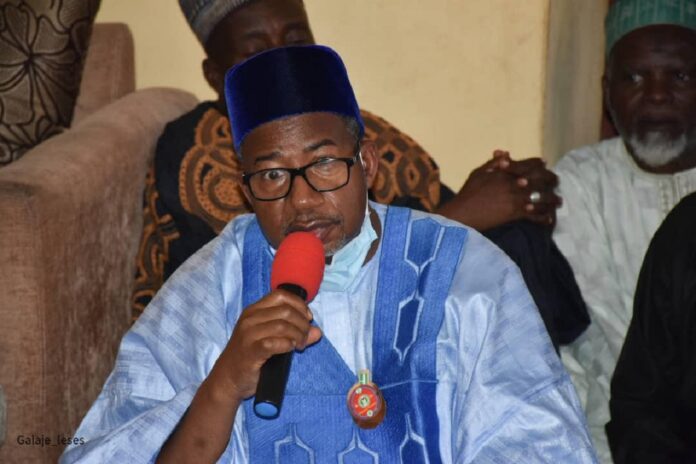 Baichi State Governor Senator Bala Mohammed  Abdulkadir has described the murder of 66 farmers in Borno State as wicked and horrendous.

Senior Special Assistant on Media and Publicity, Comrade Muktar Gidado stated this In a press statement issued on his behalf of the governor and lamented that the recent killings in Borno is one killing too many

“Once again, the nation is united in grief as we mourn the macabre murder of many innocent Nigerians, by the Boko Haram insurgents. Though the victims lived in Zabarmari town, the attack, no doubt the most horrendous in recent times, was said to have taken place at Koshebe Village of Mafa Local Government Area, about twenty-five minutes’ drive from Maiduguri, the Borno State capital,”he said.

“More than ever before, the world is aghast at the sheer bestiality visited on these hapless citizens and the psyche of Nigerians; prompting the United Nations to issue a very emotional riposte, to the incident

The governor said the people of his state and the government feel the pains of the inhabitants of Zabamari.

“It is indeed a painful irony, that the farmers were slaughtered while engaging in the legitimate effort not only to feed their families but to contribute to national development. This indeed is one massacre too many,

“The spectacle of Governor Babagana Zulum at the funeral of the 43 recovered victims, as the awestricken people watched in anguish, is a constant reminder that eternal vigilance is the price we have to pay for our freedom.

Our hearts go out to the traumatised families of the victims and the Government and good people of Borno State. We also commiserate with the President and Commander-in-Chief who, despite all efforts so far, has had to carry the brunt of this senseless insurgency that has dislocated life in North East Nigeria with a Domino-like effect on the entire country.

As tempting as it is, we believe that this is not a time for blame game or name calling. Rather, the moment calls for sober reflection, for a closing of ranks by the political and military elite as well as other stakeholders, to work out a solution to this protracted destabilising insurgency.

It is also with every sense of responsibility that we want to place on record our view that the security challenges plaguing the entire country, demand a complete overhaul of the prevailing national security architecture so that the gaps in intelligence gathering, human capacity and firepower, can be sufficiently ameliorated.

We pray for the peaceful repose of the souls of the victims of the “Zabarmari” massacre and entrust members of the bereaved families, to God’s protection and succour.