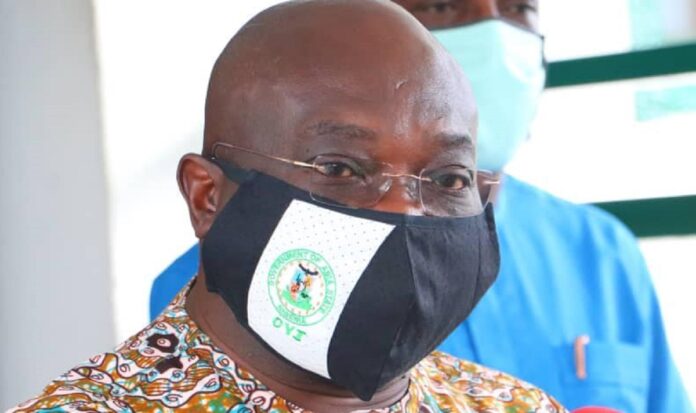 There is indications that the Governor of Abia State, Dr. Okezie Ikpeazu, his predecessor, Senator Theodore Orji and erstwhile Deputy Speaker of Federal House of Representatives, Rt. Hon. Emeka Ihedioha have perfected plans to defect to the ruling All Progressive Congress (APC) in view of the 2023 elections.

An insider source revealed that the decision was reached Weekend after the trio emerged from a 2hours meeting with some top APC leaders in Abuja.

The source maintained that the meeting that held at the private resident of Chief Raymond Dokpesi in Asokoro, Abuja, the Federal Capital City was attended by Governors of Ebonyi, Imo, Kaduna and Lagos states, Chief Dave Umahi, Hope Uzodinma, Mallam Elrufai, and Babajide Sanwolu respectively.

The source further disclosed that former Senate President, Ken Nnamani, Minister of Labour, Chris Ngige, Minister of Niger Delta, Godswill Akpabio and Sirieken Dickson amongst others were in attendance.

It was gathered that part of decisions reached was to collapse the entire South East geopolitical zone from PDP to APC as the only way to cede the party’s Presidential ticket to the region.

According to the insider source, the former Deputy Speaker, Rt Hon Ihedioha was asked to lead delegation to woo other PDP leaders in the South East to APC, while Chief Dokpesi in collaboration with the former President, Goodluck Jonathan were to do a thorough underground work in the South South zone.

When contacted on phone, Chief Press Secretary to Governor Okezie Ikpeazu confirmed the move, adding that the former Governor of Imo State, Emeka Ihedioha would announce his defection to APC with his supporters immediately after their next meeting.