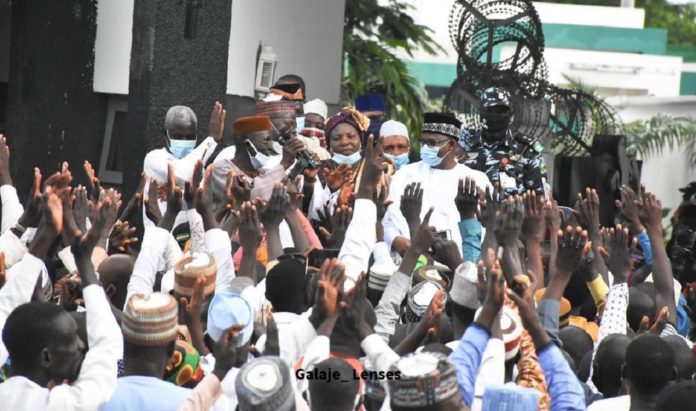 A Group under the auspices of Bauchi Decides has commended  Bauchi state Governor Bala Mohammmed for sustaining peace and security situation in the state.

Usman  Mohammed said that the governor, since his assumption in  office, adopted proactive measures against security and unity among the diverse ethnic groups in the state.

He explained that, “Governor doesn’t compromise security of his people and properties by providing enabling environment to security outfits in the state

The Chairman of Bauchidecides also commended Governor Mohammmed for organizing stakeholders town hall meeting with serving minister of education Adamu Adamu and that  of State Industry,Trade and Investment, Maryam Yelwaji Katagum on a robust security discussion in the state.

He said president Mohammadu Buhari has also commended Governor Bala Mohammmed and the people of Bauchi state for maintaining peace during the #ENDSARS protest across the country.

“President Muhammad Buhari has praised youth of Bauchi State for not participating in the recent endsars protests that rocked parts of the country.

According to him, our prayers for the governor are for God to continue giving him the wisdom to govern and provide the needed development and security to the citizens.

He however urged youth to imbibe the spirit of togetherness, love of one another and escues all forms of troubles.