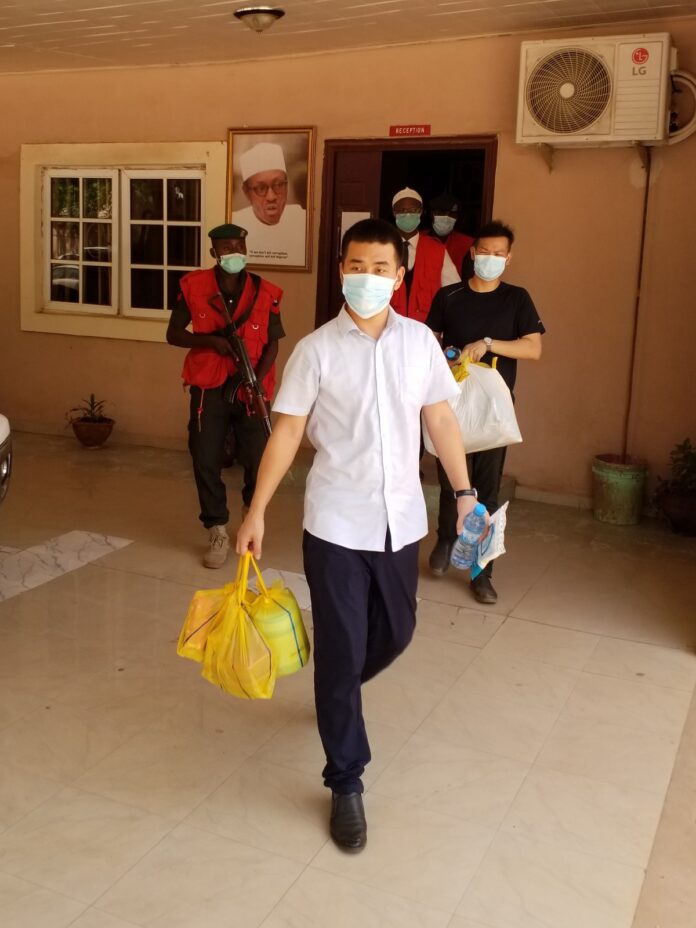 They were docked on a three-count charge of conspiracy and money laundering to the tune of N50million.

Before now, the defendants had faced a two-count charge before Justice Muhammad Sa’idu Sifawa of the Sokoto State High Court for allegedly offering bribe to the Head, Sokoto Zonal Office of EFCC, Mr. Abdullahi Lawal to the tune of N50 million on behalf of Zhonghao Nig. Ltd, a Chinese construction company under investigation by the Sokoto Zonal Office of the Commission.

The company came under EFCC’s criminal investigation following the questionable execution of contracts, awarded to it by the Zamfara State government for the construction of township roads in Gummi, Bukkuyun, Anka and Nassarawa towns of the state, and for the construction of 168 solar-powered boreholes in 14 local government areas of the state to the tune of over N50 billion, covering the period between 2012 and 2019.

One of the charges read, “That you Mr. Meng Wei Kun, (adult male) and Mr. Xu Kuai on the 11th of May 2020 at about 2200 hours at Kasarawa area, Airport Road Sokoto, in Sokoto within the jurisdiction this honourable court (Federal High Court) without going through a financial institution made cash payment of the sum of N50,000,000.00 (Fifty Million Naira) to one Abdullahi Lawal, the Zonal Head of the Economic and Financial Crimes Commission Sokoto Zonal Office which exceeded N5,000,000.00 (Five Million Naira) for the purpose of compromising an ongoing investigation involving your company China Zhonghoa Nigeria Limited and you thereby committed an offence contrary to Section 1(a) of the Money Laundering (Prohibition) Act, 2011 (as amended by Act No.1 of 2012) and Punishable under Section 16 (2) of the same Law.’’

The defendants pleaded not guilty to all the charges, following which prosecution counsel, S.H. Sa’ad, asked the court for a commencement date of trial and prayed the court to remand them in prison custody, while defence counsel, A. T. Hassan, informed the court of a bail application he filed on behalf of the defendants and urged the court to grant them bail.

Justice Idrissa ordered that they be remanded in EFCC custody and adjourned the matter till October 29, 2020 for the hearing of the bail application.