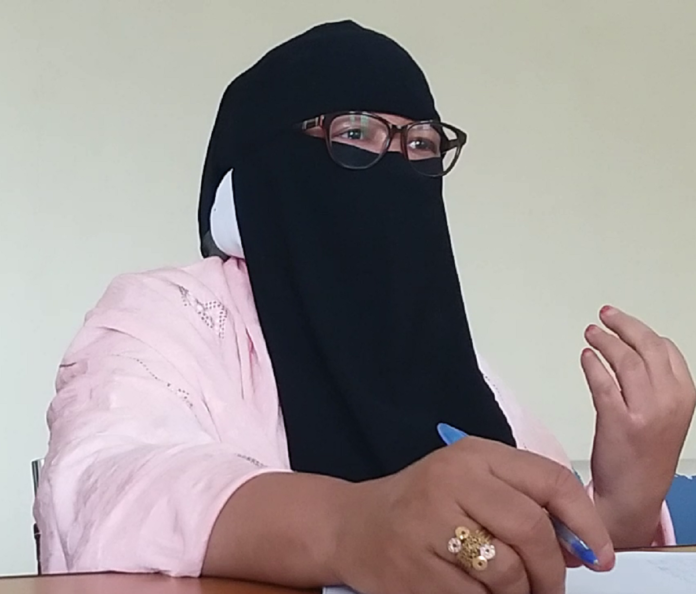 At the sitting, prosecution counsel, Mukhtar Ali Ahmad informed the court of a pending amended charge and urged the court to strike out the earlier charges, filed on March 3 and 10, 2020 and substitute it with that of March 18, 2020.

Justice Kumaliya, substituted the charges and ordered them to be read to the defendants.

One of the charges read, “That you, Aisha Alkali Wakil, Tahiru Alhaji Saidu Daura and Prince Lawal Shoyode whilst being chief executive officer, programme manager and country director respectively, of Complete Care and Aid Foundation (Non-Governmental Organisation), sometime between October and November, 2018 at Maiduguri, Borno State within the jurisdiction of this honourable court, dishonestly induced one Alhaji Bukar Kachalla of Abks Ventures Limited to deliver to you a Toyota Camry 2012 Model worth N6,000,000.00 (Six Million Naira) only under the guise of executing a contract for the purchase of the said car and thereby committed an offence contrary to Section 320 (a) and punishable under Section 332 of the Penal Code Cap 102 Laws of Borno State.”

They pleaded not guilty, following which counsel to the second and third defendants, H. Waziri, prayed the court for an adjournment to enable him study the new charges with a view to applying for a plea bargain agreement with the EFCC.

Consequently, Justice Kumaliya adjourned the matter till September 16, 2020 for commencement of trial.

Mama Boko Haram was originally arraigned, alongside the programme manager of her Foundation, Tahiru Saidu Daura and the country director, Prince Lawal Shoyode on December 4, 2019. Their trial followed their no guilty plea to the charges.