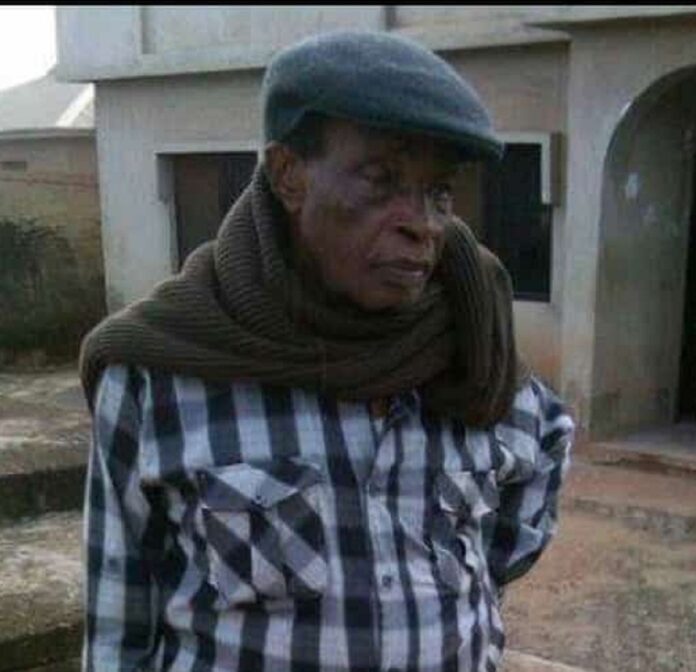 “What we have once enjoyed we can never lose. All that we love deeply becomes a part of us.”

Next Friday, September 11, 2020, the mortal remains of my late father, Pa Sunday Alaba Komolafe, will be committed to Mother Earth. The event, which will take place at Ijebu-Jesa, his Osun State-ancestral hometown, will no doubt mark the end of an era and, of course, the beginning of a new journey that will be without the fervor of the usual fatherly counsel which any man in my shoe would always want to crave.

Like every mortal being, I knew it would one day get to this! After all, it is appointed unto “this perishable body” to “put on the imperishable; and, this mortal body, to put on immortality” so that death can become “swallowed up in victory.” Nevertheless, being the child of this man of many parts from the Ogboni Abon Ruling House in Ijebu-Jesa has again reminded me of the roles and ascribed duties of a responsible father.

According to the Holy Writ, a father is an important source of a child’s genetic makeup. He is also his or her “first teacher”. He loves the child and provides for him or her as a precious jewel. Since children are the “heritage of the Lord”, a father is expected to have compassion for his child, nurture him in pious love and correct identified misdemeanour. A good father prays for his children and engages them in kind of “deep, heart-to-heart conversations that impart more than facts, but teach wisdom.” Again, since fathers are known to know God’s Word, they are expected to study it and teach it to their children. What more? God blesses the children through their fathers. Little wonder Frank Clark, in one of his immortal words, describes a father as “a man who expects his son to be as good a man as he meant to be.” One can now imagine the depth of the mist of darkness and emotional trauma which accompanies the sudden departure of a very close companion.

Though my father died at a ripe age of 92, he meant so much to the family; and nobody wants to lose a loved one, no matter how old. Maybe that is why we have not been able to stop grieving since August 11, 2020 when he bided this God’s Green Earth the final goodbye. Neither shadow nor curious love! Neither concocted nor conscripted love! Neither overlapping nor parallel love! Neither unrequited nor abridged love! Sunday Alaba Komolafe showered his children and all those who encountered him with affection, not affliction; and he encouraged, not disparaged, them. Not only did he live and let us watch him do it, he also gave us partnership and protection. This pleasant man was indeed a peacemaker whose life depicted a concrete evidence of an organized future.

Personally, my father meant much more to me! Sometime in 2004, a friend had asked why my song, daily, had always revolved around my father and her mother, Madam Ajiweda Komolafe. Perhaps, he was able to peep into my mind for the right answer: the two were my most valuable jewels in life. They showed me love and encouraged me to always look up to the One who made me, because He would never leave me helpless. Unfortunately, both of them have now gone to join their ancestors. What a pity?

‘Baba mi’, as I used to call him, was indeed my confidant. He intimately exerted so much energy and deftness to teach me how to persevere in the face of adversity, needless innuendos and unbargained-for provocations. I could not imagine the depth of my father’s joy when I told him that His Royal Majesty, Oba Oladele Olashore (the late Ajagbusi Ekun of Iloko-Ijesa); and Akin Fatodu (of Olufemi Fatodu Foundation) had agreed to sponsor and part-sponsor my Bachelor’s and postgraduate Master’s degrees respectively. While he attempted to express his gratitude to the-then Venerable Olukayode Akinyemi (now Archbishop Emeritus of Kwara) for his fraternal efforts, my father still came back, practically thanking me for being determinedly consistent, despite the stress that life, then, offered.

I also remember the day I came from Lagos to meet him at Osogbo, with tears in my eyes, in a reluctant obedience to the winding and wearisome nature of a journey of life which, at the time, had tended to dilute my faith. By my mortal estimation, life had been unfair to me and I was fed up with it. ‘Baba mi’ not only fed me with words of encouragement, he also willingly accompanied me to a church where a man of God prayed for me. And as I watched him struggle with kneeling down for prayers on that fateful afternoon, due to a fractured leg, tears rolled down my eyes, seeing how loving a father could be as well as the extent he could go towards ensuring that his children succeed in life. Unfortunately, the man is dead and long-gone! So also are those frequent telephone calls, asking me how my family was faring! Gone forever also are those wonderful, soothing words of wisdom, which I had always longed for, and coveted earnestly. Again, how I wish my father had waited a couple of years more to enjoy the fruit of his labour? But, who am I to challenge the decision of the Eternal Rock of Ages?

Toni Morrison was right: “something that is loved is never lost.” From the seeming endless valleys of travails, to the promising heights of triumphs, Baba mi, I cannot thank God enough for how He has used you to bring me to my present pass. Of course, while it lasted, I loved you as my earthly father; and, whichever way my life forges ahead, I will remain eternally grateful and relish the fact that I was privileged to have had one of the best dads in the world.

On behalf of Oluwafunmilola, my wife; Abiola and Ajibola, my two little kids; and, of course, Mrs. Felicia Aarinola Aluko, my mother, I wish you a wonderful rest in the bosom of the Lord!

May the Stone of Israel comfort and strengthen the wonderful family you left behind!

May the Lamb of God, who takes away the sin of the world, rest the loving soul of my departed father!