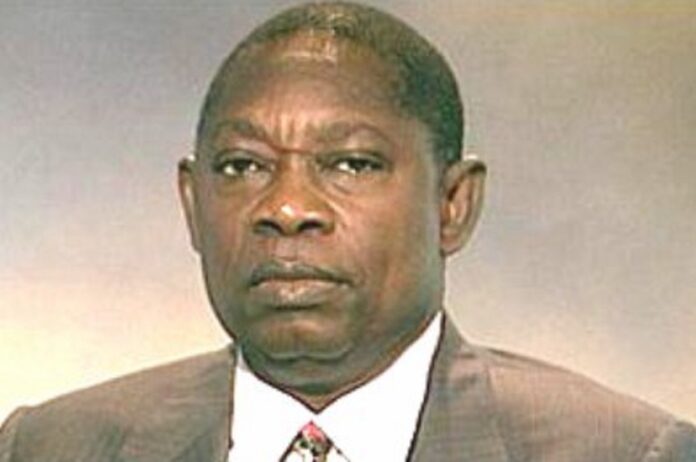 Suspected robbers in the early hours of on Wednesday raided the Lagos mansion of the late Chief Moshood Abiola, winner of the June 12, 1993 presidential election.

Three robbers were said to have assessed the Toyin Street Crescent residence of the late politician through a canal and jumped over the high fence into the compound.

It was gathered that one of Abiola’s wives and two daughters were fast asleep when the robbers came, carting away undisclosed amounts of cash and jewelleries.

They were said to have left the same way they came, with neither the guards nor domestic workers raising any alarm until several hours later.

Seven suspects, including domestic workers, are in custody, it was learnt.

Our correspondent was not allowed into the residence on Wednesday.

“I cannot let you inside. I have an order to not let journalists in. There is even no one for you to talk to. Mama is not around and no one is inside. I cannot speak on anything, too,” a guard said.

A statement by the family signed by Tundun Abiola said the robbers ransacked the home, stole cash and other valuables, adding that the police have been notified and investigation ongoing.

Police Commissioner Hakeem Odumosu confirmed the incident, adding that some suspects were in custody.

He said: “Yes, robbers went there and carted away unspecified amounts of jewelleries and some money. I was there personally and I spoke with Mama. There was no physical assault on her or the two daughters who were home.

“I know that some suspects are in custody but I have not been fully briefed on the number of people arrested. Some of the domestic staff were also arrested.

“The security on the ground did not alert the police or any security agency when the incident was going on. They said they noticed unusual movement within the compound at the time but did not inform us. The police were only told several hours after the robbery.