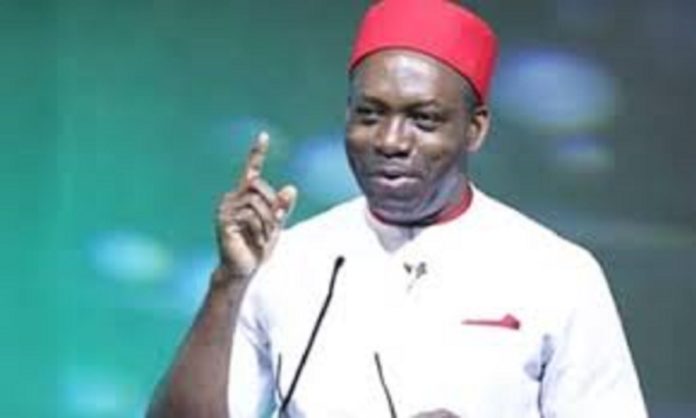 As various political groups and individuals jostle to succeed President Muhammadu Buhari as the nation’s leader ahead of the forthcoming 2023 general election in the country, the Millennium Centre for Training and Leadership, MCTL, a non-political intellectual think-tank, has added its own voice to the growing calls for the presidency to be zoned to the South East geopolitical zone.

Specifically, the Organization is putting forward Dr. Ogbonnaya Onu, Minister of Science and Technology; Mr. Peter Obi, Vice Presidential candidate of the Peoples Democratic Party, PDP or Prof. Chukwuma Soludo, former Governor of Central Bank of Nigeria, CBN as strong candidates to vie for the presidential ticket, under the platform of the All Progressives Congress, APC and the PDP respectively during the election.

In a press statement signed by its principal officers, including its President, Prince Okey-Joe Onuakalusi Esq. and made available to newsmen at the weekend via e-mail, MCTL noted that zoning the presidency to the South East zone would no doubt help to foster a sense of belonging in the region, which over the years has been restive over allegation of political marginalization.

In the statement, Onuakalusi, head of the Rabboni Private Law Chambers based in Lagos and Regent of Mbosi community in Ihiala Local Government Area of Anambra state, declared: “It will also help to douse national tension and mitigate the tide of separatism that has engulfed the region for some years now. adding, this is in keeping with the ideals of inclusion, fair play, and Justice in order to foster national cohesion and a more perfect union”.

According to the group, “This is germane for national cohesion and consensus, and inter-regional interaction for national development. A strong sense of belonging and unhinged national acceptance would help to dissolve the agitations by Pro-Biafra agitators. It would also create a nexus to heal the wounds of the past and generate national integration”.

They therefore stressed that the two major political parties, namely the APC and the PDP, should intentionally zone their presidential slots to the South East to guarantee the emergence of a President from the zone, since credible and de-tribalized Nigerians are not in short supply in the South East region,

“Ceding the presidency to candidates of Igbo extraction in all the political parties should be viewed as a national duty to promote unity, peaceful co-existence, justice, equity and permanently erase the notion of perennial marginalization of Ndigbo in the affairs of the nation”.

This follows the precedent set in 1999, which saw the two major political parties at the time fielding only candidates from the South West, Olusegun Obasanjo and Olu Falae thereby guaranteeing the emergence of the president from the zone in the 1999 election.

“In the APC, Dr. Ogbonnaya Onu, amongst others in the party stands distinctly tall among his peers and he has enduring character, temperament and national acceptance to make a good candidate for APC and subsequently president”, the Group further stated.

“Dr. Onu has demonstrated unwavering character stability, consistency and the political sagacity and loyalty that are unmatched by anyone else. He has an impassioned belief in project Nigeria and has made giant contributions and sacrifices for national development”.

They added: “We urge all the other political parties like the PDP to field Igbo candidates like Mr Peter Obi or Prof Chukwuma Soludo to realize the national ethos of unity base on justice and equity. We equally urge all Igbo presidential hopefuls from across all parties to enter into nationwide and healthy discussions with interest groups, civil society organisations and regional and geopolitical leaders with a view to positive engagement for seamless power shift”.

“We believe that round-table discussions could deepen a sense of pervasive justice and increase the chances of negotiated compromises for emergence of Igbo as the president of Nigeria.

“We vehemently believe that a Nigerian president from Igboland would deepen healthy social engagement as a springboard for national rebirth and entrench a deeper sense of patriotism and equality of opportunities for regional balancing and the Ohanaeze Ndigbo, the Igbo socio-cultural organization, should reach out to its counterparts across the country for mutual national understanding”.