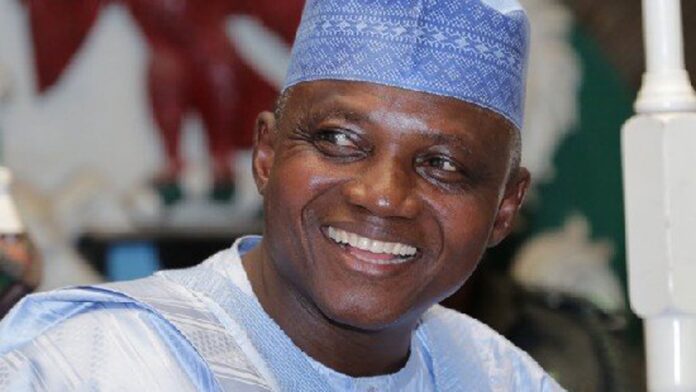 In Government business, whenever political party affiliation and/or distinction becomes the parameter that defines competence, when it becomes the basis that forms corruption and misconduct allegations, hope for a better society by the citizens and claims for a better nation by the government in power seem to be a mirage.

Despite the ascendancy of the APC led administration under President Muhammadu Buhari, that claims and is perceived to be fighting corruption, it’s obvious, that the above-mentioned has been the conduct; the war against corruption is party affiliation based. Unless this approach is remodelled, refashioning Nigeria for greater height will, without doubt, continue to be beyond the realm of possibility and this is the most disastrous and problematic thing that could happen to us as a people.

It could be recalled that in recent days, the People’s Democratic Party, PDP had expressed its dismay by condemning the endorsement of  Pastor Osagie Ize-Iyamu ahead of Edo Governorship election by President Muhammadu Buhari.

In a statement, the PDP said: “the presentation of a party flag to a candidate standing trial for corruption right in the Villa has shown to the world that APC is indeed the headquarters of corruption and Buhari showed he encourages corruption”.

Shortly thereafter, the Presidency through Presidential Spokesperson, Garba Shehu in response to the PDP’s statement said PDP should withdraw the nomination of its governors and senators standing trial over allegations of corruption if it wants to be taken seriously.

According to Shehu, the PDP should “first withdraw the governorship nominations it gave to Bala Mohammed and Ahmadu Fintiri of Bauchi and Adamawa states respectively before it opens its mouth and talk on the efforts of the Buhari administration in fighting corruption. Or else, it should shut its mouth forever and leave APC to do what it dares not attempt.”

As contained in the statement “a suspect is not a convict until proved otherwise”, I agree entirely, but there is no point of comparison between Senator Bala Muhammed and Pastor Osagie Eze-Iyamu.

To illustrate, let’s take a memory tour to simply tie a cat with its tail. In 2016, Ize-Iyamu was the People’s Democratic party’s candidate for Edo State Governorship election. Because he was in PDP, the immediate past APC National Chairman, Adams Oshiomhole called him with all sort of evil names. He said Ize-Iyamu’s magnitude of corruption was to the extent that he could not cast his vote during April 14th, 2007  Governorship election because he was hiding from EFCC. Oshiomhole went ahead to disclose that the fact the Ize-Iyamu could not be trusted that was why he didn’t in all conscience appoint him into any position despite serving as his campaign’s director. Adams Oshiomhole did not mince words to finalize that Pastor Osagie Ize-Iyamu who held different positions during Lucky Igbinedion’s tenure had done more harm than good to Edo state to the extent that Lucky Igbinedion’s mother slapped him for misleading her son.

Surprisingly, with all these rain of attacks on this person in the past, he is the same person currently being endorsed by the same people who claim to be fighting corruption. This indicates clearly that the APC is a smooth landing ground for corrupt people, that was why Eze-Iyamu who knew fully that  APC was the only place he could have glaring impunity and unfortunately, he is hiding under the shadow of the party.

You know what? Had Senator Bala Mohammed indulged in money laundering as they claim, definitely, he would have forfeited the right to contest for the 2019 governorship poll mainly because of the amount of conspiracy aimed at hitting him on the ground. But the Devine intervention reduced them to schoolboys and Bala Mohammed being a God’s project emerged victorious at 2019 governorship election in Bauchi state. I’m not oblivious of the influx of looters who switched to the APC in search of glaring impunity and they are now termed as saints.

If truly Governor Bala Mohammed of Bauchi were corrupt as alleged, he would have had the guilty conscience to succumb to fear for arraignment and switch to APC like Eze-Iyamu. But he has never attempted and of all the allegations, when asked to substantiate, they have always failed to do so.

Finally, the APC should take stock of its so-called fight against corruption and allow Governor Bala Mohammed whose people are satisfied with his leadership style to continue delivering the mandate given to him by the good citizens of Bauchi State.

Maijama’a of the Faculty of Communication, BUK writes