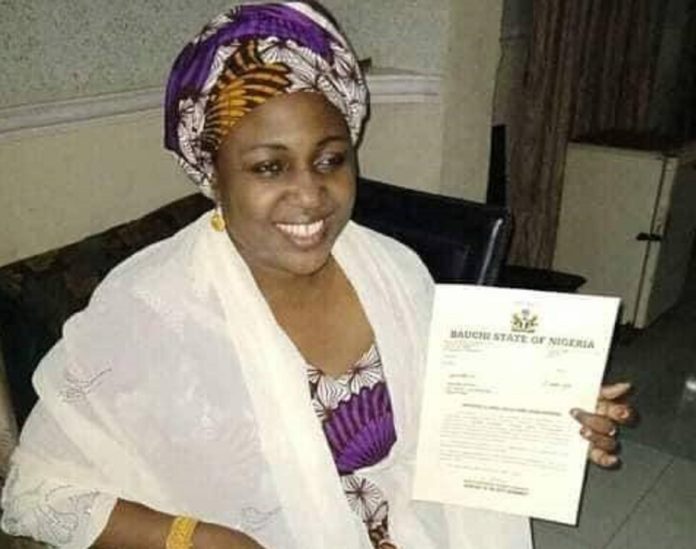 The recent appointment of Hajiya Balaraba Ibrahim as Special Assistant on Women Affairs (Unmarried) by His Excellency, Governor of Bauchi State, Bala Abdulkadir Mohammed has attracted divergent views from within and outside the state.

The letter of the appointment which dated August 4, 2020, and signed by Mohammed Sabi’u Baba, Secretary to the State Government, urged Balaraba Ibrahim to utilize her wealth of experience in facing the challenges of her office to facilitate the attainment of a collective goal and the expectation of electorate.

The Governor, who possesses the quality of having his people at heart, has indeed made the appointment with a pure intention in order to provide a room for the voiceless in the community. Historically, Women, over the years, remain key players in Nigeria’s democracy but unfortunately, some governments reward them with the bad by sidelining them after they are being elected into the office. This signifies nothing but breach of trust which Governor Bala hates to the core. The conduct which was experienced during the tenure of previous administration in the state has forced many women especially the unmarried to lose hope in politics.

What then could be done to keep women’s hope alive?

The appointment of Hajiya Balaraba Ibrahim as Special Assistant on Women Affairs (Unmarried) is one of the strategies that will help in digging out the real challenges women are facing in Bauchi state. This is because the female’s difficulties and challenges could best be understood by a woman. If that is the case, then Hajiya Balaraba could serve as an intermediary between the governor and the unmarried women in the state, that is conveying the needs of the unmarried to the governor as well as informing them the programmes and policies of the governor in serving their interest.

According to the recent survey of attitudes in the community toward domestic violence in Nigeria, most frequent victims of violence usually turn out to be unmarried women, with figures as high as 70 per cent in some places.

Data from the study, published recently in a British Council, Nigeria report entitled “Gender in Nigeria Report 2012: Improving the Lives of Girls and Women in Nigeria, Issues, Policies, Action” notes that women in the “never married group” are more likely to have suffered physical violence than women who have been married or are married.

I conclude by urging His Excellency, Bala Muhammad to continue focusing on people’s needs and aspirations as well as being a governor with listening ears. To the appointee, I am advising her to live above board in discharging her duty and help the current administration in finding a lasting solution to the problems of our daughters, sisters and mothers.