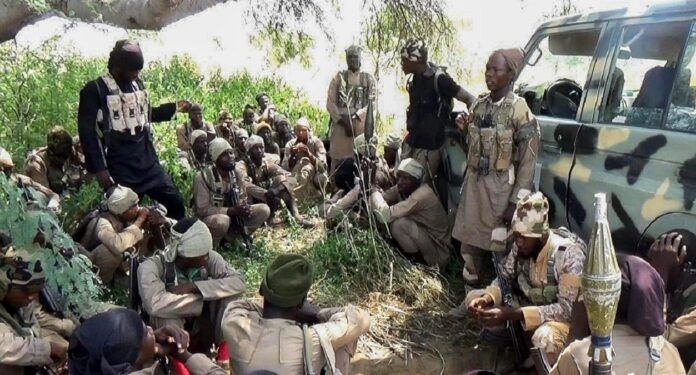 The Christian Rights Agenda CRA, has called on the Federal government to immediately arrest and prosecute leaders of Muslims Rights Concern MURIC over its reported links with the international terrorists organization Islamic State of West African Province ISWAP.

Last Friday, a member of the Sahara Strategy Group, (SSG) had asked the Nigerian  Government to probe reports that some organisations in Nigeria like MURIC led by Professor Ishaq Akintola  are receiving funds from ISWAP  which has recently been operating in the North West.

At a conference held in Abidjan, Ivory Coast on Friday, San Lous Keita a member of the SSG from Mali and former Intelligence Chief  said reports available to the intelligence community in West Africa listed MURIC as one of the groups that has received funds from ISWAP  in the last two years.

Keita had told the conference that MURIC was said to have received some 250, 000 dollars from ISWAP in the past months adding that the funds were meant for MURIC to recruit and train people in the South West that would provide the logistics needed for ISWAP proposed stronghold on Southern Nigeria.

The CRA said it is not surprised  by this revelation about MURIC’s links with the terrorists organisation given its history of extremism and Islamic fundamentalism.

Over the years, MURIC has been fanning the embers of religious bigotry through provocative and inciting statements.

In saner climes, MURIC would have long been proscribed and its leaders prosecuted.

Now that the truth about MURIC, it’s operations, missions and sources of funding have been discovered, it is time for the Nigerian authorities to act and out to an end the existence of this terrorist organization and its leaders be prosecuted.

Nigeria cannot afford to turn a blind eye to this damning revelations about terrorist activities of MURIC as allowing them to continue will portend grave danger for the peace, stability and unity of Nigeria.

The war against terrorism and insurgency cannot be won without bringing to an end the naferious activities of MURIC and its sister organizations with links to terrorism.

It would be recalled that a group under the aegis of Coalition of Progressive Yoruba Islamic Groups (COPYIG) had accused MURIC DG of desperately working to destabilize Yorubaland and spur the region into inter-religious conflict.

He is here again in the news  over another allegation against him and the organization he is heading. These are pointers to something sinister about this MURIC and its activities in Nigeria