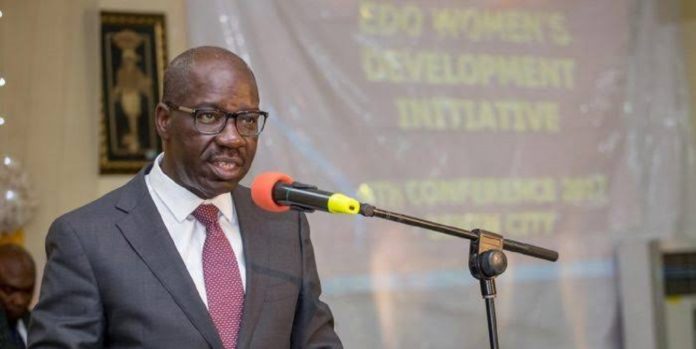 A school teacher in Akoko Edo, Mr Suleiman Abdul, has threatened that members of the National Union of Teachers (NUT) will not vote for Governor Godwin Obaseki, who is the candidate of the Peoples Democratic Party (PDP) in the September 19 governorship election.

In an open letter to the governor, Abdul said he was embarking on the enterprise on behalf of members of the State Chapter of the NUT whom he claimed had decided to pay him (governor) back “in his own coin”.

He cited several reasons for the decision to dump the governor on the Election Day, among which are abandoning the welfare of teachers and not employing more teachers into the school system.

“Different professional bodies and individuals have written you open letters, stating the current mess on all facets we find ourselves in Edo State; yet, you haven’t responded (and, more importantly, neither has your Investigative Committee).

“Well, this is an open letter on behalf of teachers in the employ of the Edo State Government. Sir, we are waiting for your at the polls. We have unequivocally decided to pay you back in the same coin which you paid us with.”

Abdul asked if the governor could recall his initiative, which he launched and erroneously informed the populace that 75 % of the state’s schools would  now deploy digital teaching tools under the Edo Basic Education Sector Transformation (Edo-BEST) programme?

“Sir, we were enthusiastic when you flagged this initiative off but, Sir, between you and every single Edo citizen, you know that is a big fallacy.

“We do not even have functional schools any more, not to talk of bogus claims of deploying digital technology in teaching our students.

“Our schools are dilapidated and falling apart with leaking roofs; yet, you claim that our schools enjoy the best of technology,” Abdul stated.

He continued: “Your Excellency, you decided to employ over a thousand aides for the purpose of your re-election and have decided to neglect us, the teachers, who provide the power of education to our today’s youth, thereby creating the possibility of a better future.

“Your Excellency, you abandoned our welfare and have refused to employ more teachers after you retired our hardworking teachers under trumped-up excuses.”

He alleged that the monumental scam going on in SUBEB should not be swept under the carpet, stressing “as we speak, concerted efforts are ongoing to petition the Joan Oviawe board fraught with multiple fraud and irregularities.”

According to him, “We must ensure her financial crimes are meted with the required justice it deserves.”

He also accused the governor of “divide and scatter” tactics towards his political family manifested in his politicization of the NUT.

Abdul said “Your penchant for courting only a few to the detriment of the larger masses would be your undoing.

“Yet you went to Abuja to purchase an NUT award and celebrated it with a ceremony at Eagle Square that only reminds us of an Independence Day Parade on which huge budget was spent.

“We have decided to return you to wherever you came from with our votes (on September 19).

He admonished Governor Obaseki: “Like earlier stated, let this serve as a message that Edo teachers say no to your retrogressive policies.”