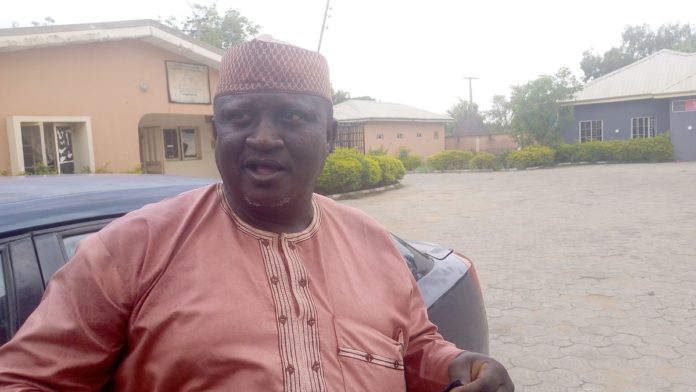 Nigeria is blessed with varieties of food that are needed for healthy growth. However, many children are still malnourished despite the abundant food Nigeria has.

247ureports gathered that one major factor for a lack of adequate nutrition in children is the ignorance of parents on nutritious food.

247ureports focused its attention on Bauchi State, a state that has come to the attention of the international community because of Severe Acute Malnutrition (SAM) among children. Recently, UNICEF partnered with the state government and provided Ready-To-Use-Therapeutic-Food (RUTF) to alleviate the problem.

247ureports interviewed residents of Bauchi on the probable causes of malnutrition among children. Three people were interviewed including a health educationist.

David Ayodele, a middle-aged, Yoruba man who lives in Rafin Zurfi, a suburb of Bauchi, identified the busy schedule of parents and a proclivity for foreign food as some of the causes of malnutrition.

Many parents work full time and for this reason, they are unable to prepare nutritious food for their children and give them junks instead. Also, there is a tendency to devalue indigenous food in favor of so-called foreign and exotic food.

Ayodele touted the different varieties of food from his Yoruba tribe. He mentioned among others gbegiri, a soup made from beans that can be consumed with amala, made from cassava, unripe plantain or yam flour; or tuwo shinkafa, similar to amala but made with mashed maize or rice.  Ayodele said gbegiri and amala is a balanced meal because it contains all the nutrients the body needs.

Baba believed these varieties of food are necessary for growth because they boost the immune system and make the skin glow.

She further remarked that parents have substituted healthy meals for junks and canned food. Baba felt greatly saddened that even in rural areas where fresh produce is readily available, many parents are not preparing them for their children.

She also mentioned some of the health benefits of locally grown food. For example, Jandawa is a good source of vitamin A. A combination of Waken soya, aleiyaho, and kifi helps with good vision and cognition.

A health educationist with the State Primary Health Care Development Agency (BSPHDA) Hajiya Rahina Aliyu told New Telegraph in an exclusive interview that an early introduction of solid food is one of the causes of malnutrition in babies.

She said that breast milk remains the only food and drink a baby needs until after six months when other food can be introduced to the baby.

Her reason was that their digestive system is not fully developed to properly process food that adults consume. For this reason, other food outside breast milk should be gradually introduced to a baby. She recommended that after six months, breast milk may be supplemented with pap, semi-solid food made from maize. Later, mashed food can be introduced and when it is obvious the baby can digest solid food, the parents may start feeding them the same food other members of the household eat.

Aliyu deplored the nonchalant attitude of parents towards the feeding of their infants. She commented that local complementary baby food that is nutritious has been abandoned for less healthy ones. She enumerated some of this nutritious food including rice and beans with vegetable stew, yam porridge, crayfish powder, fruits, and pap.

She attributed the stunted growth of some children to a lack of a healthy diet. Aliyu, therefore, charged parents to take adequate steps in ensuring that their children are fed well regularly on nourishing local food.

Bauchi State recently suffered desertification and this led to poor crop yields. These have made it hard for some parents to get enough food for their children.

It is this reason and a tendency towards junks that have led to malnutrition in children in Bauchi State.

This problem needs urgent attention and for this reason, all stakeholders in Bauchi State and Nigeria including government at all levels, non-governmental organizations, individuals, and philanthropists should pay more attention to creating awareness on tree planting to avert desertification.

Local farmers should be empowered through regular training on modern means of agriculture so that they can be versatile in the production of crops and rearing of animals. There is also the need for parents to be educated on a balanced diet so that they will know how to process, combine, and cook local food for the proper growth of their children.