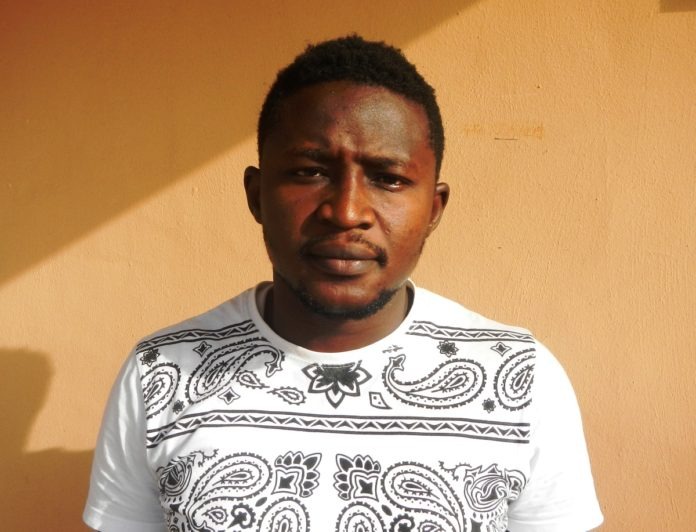 Davies was arraigned by the Economic and Financial Crimes Commission, EFCC, Ibadan Zonal Office, on Monday, February 19, 2018 on an eight-count charge of money laundering, to which he pleaded not guilty, thus setting the stage for his trial.

While presenting his argument, prosecution counsel, Simon Harrison Ibekwute,  prayed the court to convict and sentence Davies accordingly.  After reviewing  the evidence before her,  Justice Abdulmalik held that the  EFCC convinced the court beyond all reasonable doubts, and that Davies was guilty as charged. She sentenced him to 36 months on each of the eight counts. His prison terms run concurrently and take effect from his arraignment date of February 19, 2018.

Trouble started for Davies sequel to an anonymous petition which alleged his serial use of fictitious addresses and fake PayPal account to purchase  items online,  with the intention to defraud unsuspecting members of the public.  The Commission’s investigations into the allegations led to his arrest and prosecution.