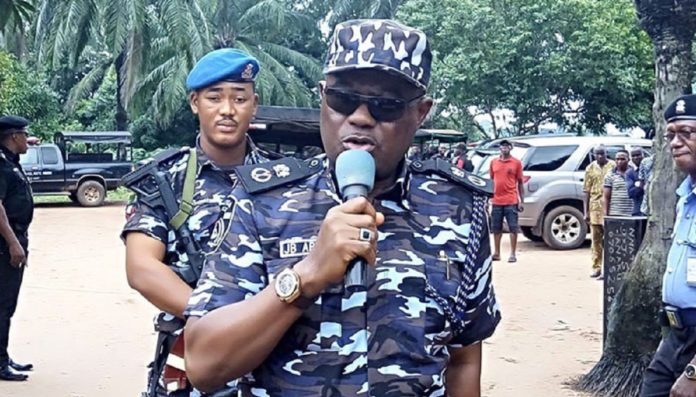 Two ancient agrarian communities of Achalla and Urum in Awka North Local Government area of Anambra State are feared dead over claim of ownership of communal land in dispute.

However, the Police Public Relations Officer, Haruna Mohammed, told The Guardian yesterday that only one person lost his life. The Guardian checks revealed that the said land was allegedly given to the Urum community on lease in 1920 when they started paying as possessors. It was further alleged that Urum community reneged on such terms believed to have been reached in 1988 and opted to claim ownership, allowing their youths to cultivate on the disputed land.

According to a source who pleaded anonymity, the audacity of Urum youths did not go down well with the Achalla community, who purportedly warned Urum from trespassing into the disputed land.

It was learned that the Urum community went ahead to enter the land, forcing Achalla to allegedly go on the offensive. In a reaction, it was gathered that Urum people laid ambush and allegedly succeeded in shooting one person dead while his companions were purportedly still missing.

The member representing Awka North State constituency, John Nwokoye, is currently at the centre of the storm as he is being accused of siding with his Achalla compatriots to allegedly fuel the crisis.

Presenting the matter at the last sitting of the State House of Assembly in a plenary, Nwokoye confirmed that some politicians had accused him of instigating the crisis to favour his country-home, an allegation he promptly denied.

“I have received a lot of distress calls from the members of my constituency concerning another clash between the two communities. Information reaching me as of the time of the distress calls was that about two persons have been lost by both communities.

“Everybody is now on my neck because my people see me as their own governor. They are calling me to get security men, but you know I don’t have powers to order the commissioner of police to take his men to the scene. ”

The President-General of Achalla, Mr Boniface Chigbo, reportedly named those allegedly kidnapped by Urum as Obinna Okafor and Uchenna Okeke, while those who escaped and returned home with machete cuts were Ezeoba Ejike and Chukwuma Egbeigwe. Chigbo predicated return of peace on the basis of Urum keeping to the lease treaty signed between the communities some years back.