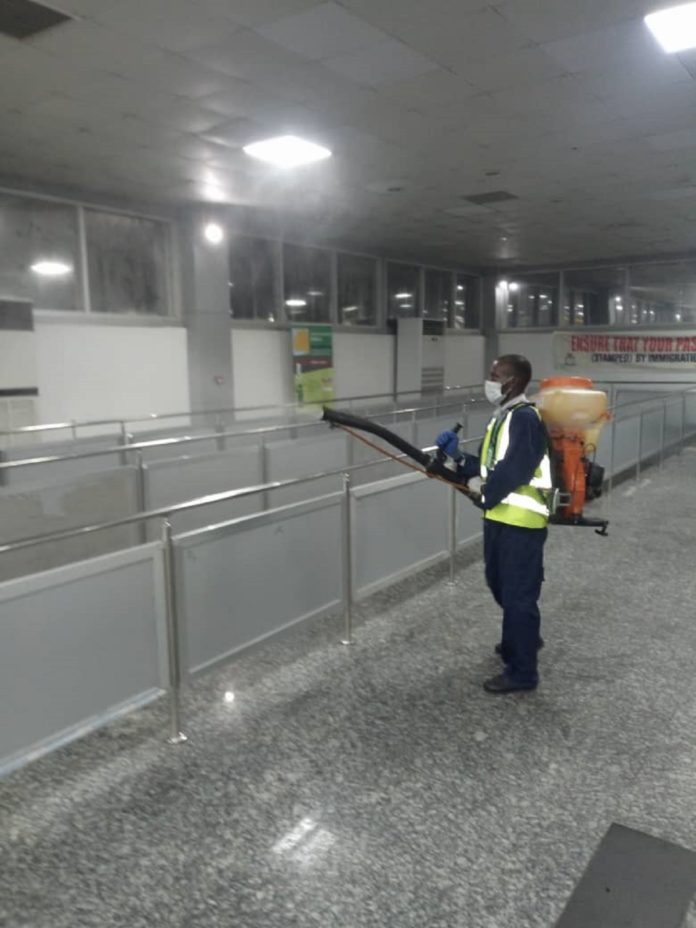 The Federal Airports Authority of Nigeria (FAAN) says it has commenced fumigation of International Airports in Lagos, Abuja and Port-harcourt ahead of reopening of flight operations in Nigeria.

Mrs Henrietta Yakubu, General Manager, Corporate Affairs of FAAN, made this known on Tuesday in a statement in Lagos.

Yakubu explained that the fumigation exercise was in line with the efforts to contain the spread of Coronavirus (COVID-19) pandemic ravaging the world.

She said though, it was not yet clear when the ban on flights would be lifted, the authority was taking the proactive steps.

“This is to ensure the safety of passengers and other airport users when the airports eventually reopen.

“In March this year, the authority embarked on a similar exercise of disinfection and fumigation of all the international airports,” she said.

The News Agency of Nigeria (NAN) reports that the Chairman, Presidential Task Force ( PTF) on COVID-19 and Secretary to the Government of the Federation, (SGF), Mr Boss Mustapha, had in April announced the extension of ban on flight operations by four weeks.