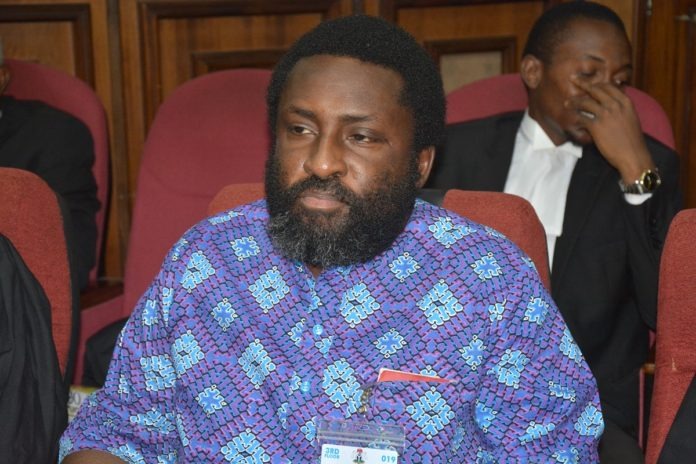 The Economic and Financial Crimes Commission, EFCC, on Thursday March 19, 2020, arraigned one Babatunde Morakinyo, Iretidu LTD and Tree Four Universal Concept Limited, on a 23 count charge for Money Laundering contrary to Section 5 (1) (a) of the Money Laundering (Prohibition) Act to the tune of N110,000,000 (One Hundred and Ten Million Naira) only. They are being prosecuted before Justice A R Muhammed of the Federal High Court, Abuja.

One of the charge reads: “That you, Iretidu (a Designated Non-Financial Institution(“DNFI”) and BABATUNDE Morakinyo, being Director of the said company sometimes in March, 2019 in Abuja within the jurisdiction of this Honourable Court, failed to report in writing to the Economic and Financial Crimes Commission, a single transaction of the sum of N110,000,000 (One Hundred and Ten Million Naira) carried out in the GTBank PLc account No.0025311546 operated by Iretidu Ltd as specified under Section 10(1)(b) of the Money Laundering (Prohibition) Act 2011(As Amended) and you thereby committed and offence contrary to and punishable under Sections 10(3), 16(2) (b), and 19 of the Money Laundering (prohibition) Act, 2011(AS Amended).”

The defendant pleaded not guilty, when all the charges were read to him and in view of the not guilty plea of the defendant, the prosecution counsel, E. E Iheanacho, prayed the court to grant a trial date and urged the accused to be remanded in custody.

The Defense counsel, Mahmud Abubakar Magaji, SAN, however prayed the court to grant the defendant bail.

Justice A.R. Muhammed granted the defendant bail in the sum of N200, 000, 000 (Two Hundred Million Naira) only, with two sureties to stand for the first defendant. One of the sureties, he said must be owner of a landed property in Abuja, FCT and that the value of the property must meet the bail bond of N200 million.

According to the Judge, the surety must release the original title document of the property to be kept in the custody of the Registrar of the court throughout the duration of the trial.

He ordered that the second surety must be a Civil Servant in the employment of the Federal government or any of its agencies and must not be below grade level Grade Level 10 while the first defendant’s International Passport must be deposited with the chief registrar of the court.

The Judge further said that the two sureties should submit their recent passport photographs with the Court Registrar.