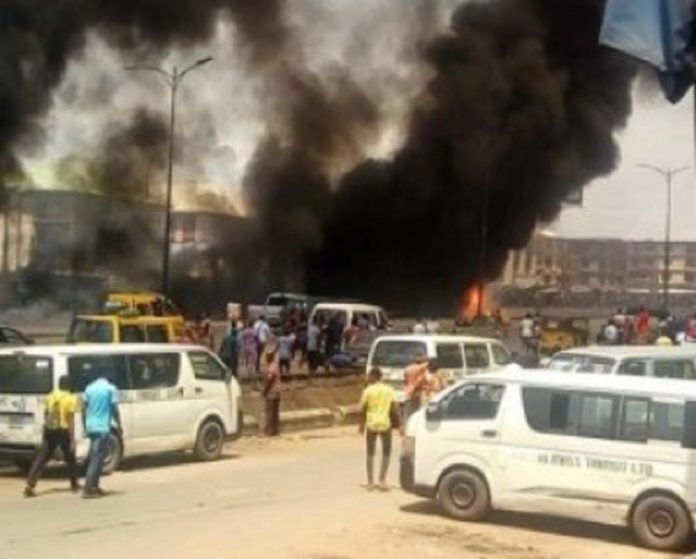 An unidentified trader in the market collapsed and died after the news of the fire that ravaged goods worth millions of naira in the market.

Governor Obiano, who visited the market on Monday, said he would investigate the cause of the fire by establishing a commission of inquiry to find out the cause.Advertisement

Obiano, who was represented by his deputy, Dr. Nkem Okeke, said the incident was not a good way to start the new year and extended his condolences to the traders who lost many of their goods due to the raging fire.

“I am sorry for those whose property was destroyed during the incident and I pray for a better future for them.

“I assure you of the assistance of the state government and that a commission of inquiry would be established to investigate the cause of the fire and determine the immediate cause of the incident.”

About 20 detention stores were affected by the midnight fire in the market, but no lives were lost in the fire.

President of Mgbuka, Obosi Market, Mr. Samuel Ezeobodo thanked the state government for his visit and congratulated the Anambra State fire department for arriving on time to extinguish the ‘fire.