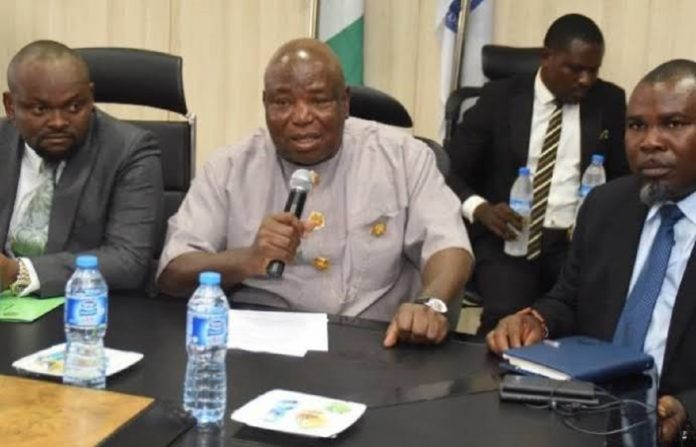 A group, Anti-Corruption and Integrity Forum (ACIF) has said it will approach a competent court of law in the next seven days in order to compel the Economic and Financial Crimes Commission (EFCC) to arrest and prosecute former Managing Director of the Niger Delta Development Commission (NDDC), Professor Nelson Brambaifa, if the anti-corruption agenvy fail to do so.

The group also vowed to complement their legal thrust with protests to occupy the EFCC headquarters in Abuja as well as the Presidency at the expiration of the seven days ultimatum.

The seven-days ultimatum is coming on the heels of a petition to the EFCC, signed by Comrade Prince Kpokpogri and Comrade Adediran Raymond, Chairman and Secretary of the group respectively and dated 16th December, 2019.

The forum described the delay as inimical to the anti corruption drive of the President Muhammadu Buhari-led administration.

Consequently, the forum called on the NDDC Audit Committee chaired by Dr. Cairo Ojougboh, to extend intensive investigative attention to former MDs and Executive Directors of the Commission with promise to provide requisite documents to compliment their investigations.

According to the petition, Professor Brambaifa made NDDC pay the contractors between seventy and seventy five percent (70-75%) of the contract sum as mobilization and soon after the balance is paid even before the completion of the project.

“This certainly proves that the said companies were used as a front to embezzle and siphon monies in the guise of awarding contracts, most of which are never executed. This is against the dictates of the public procurement act.”

The group accused the former MD of having the worst performance record despite spending more than any of his predecessors if we were to conduct a forensic audit of the affairs of NDDC during his administration. “Professor Nelson Brambaifa is pressing hard to ensure that the outstanding contract sum on multibillion naira contracts awarded to his front companies. Some of these companies are sourced by his sons, David Brambaifa and Christopher Brambaifa who also happen to be special assistants to their father.”

“The Economic and Financial Crimes Commission, EFCC will have to demonstrate to the Presidency, Nigerians and the International Community that they are serious in fighting corruption and fraud in high places by proving its efficiency and effectiveness in the way and manner it handles this petition against the office of an immediate past Managing Director of Niger Delta Development Commission in the person of Professor Nelson Brambaifa and his many cohorts as no one is above the laws of the land.” The petition reads.