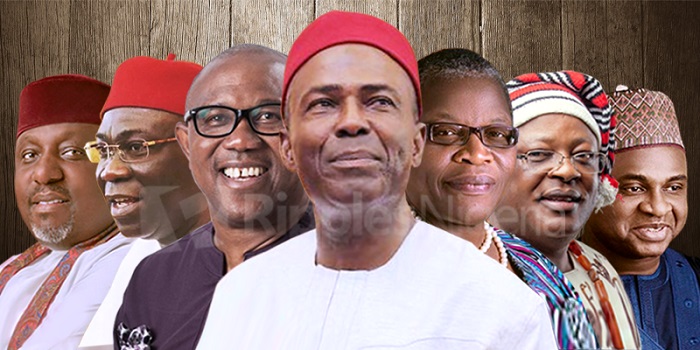 Ahead of the next presidential election in 2023, some interest groups canvassing a Nigerian president of Igbo extraction have scheduled a debate on the issue for January 30, 2020.

In a press conference held in Abuja yesterday, a group, the Igbo Leadership Development Foundation (ILDF), revealed that it was organising a ‘Great Debate For National Unity centred  Restructuring and Rotation of Presidential Power in Nigeria’ scheduled for January 30, 2020.

The ILDF said the debate, which is being planned in conjunction with Igbo Renaissance Foundation, World Igbo Summit Group and other groups with similar vision, was heard towards having a constructive conversation on the matter in order to chart a way for Nigeria’s sustainable progress.

The group also advised President Muhammadu Buhari to reject the call for him to attempt a third term in office, describing those making the calls as charlatans who were only pushing a selfish agenda.

Conveners of the conference, Dr. Godwin I. Udibe, Dr. Law Mefor, Dr. Emeka Okengwu, Nze Elvis Agukwe, Dr. Ifedi Okwenna, Comrade Auston Ifedinezi, remarked that when the  nation returned to democracy rule in 1999, it was agreed that political power would rotate between North and South Nigeria and among their zones.

According to them, this has led to the production of two Presidents from the North West, one from South West and one from South South, leaving out the South East, North Central and the North East in the equation.

“We also believe that, in the same spirit of rotation, presidential power needs to return to South in 2023, and particularly to the South East since it is the only zone yet produce a President for the country in the present dispensation from the Southern divide,” they said.

They recalled that President Muhammadu Buhari, in his maiden media chat,  had challenged the South East people to organize and assert their rights within an indivisible, indissoluble Nigeria.

However, they noted, the five states in the South East would not be able to produce a president without the support of other geopolitical zones.

According to them, the proposed national conversation would sensitise all  well meaning Nigerians to the necessity and propriety of supporting a president of Igbo extraction come 2023.

“We plan to invite key Nigerian leaders, groups and critical  stakeholders, irrespective of their persuasions and leanings to bring their best and finest arguments to the table.

Our group plans to move round the country to engage other zones and to lobby and convince them on the inherent benefits of Nigeria President of Igbo extraction.”

Apart from ensuring justice by allowing power rotation to the he South East, the groups also pointed out the enterprising nature of the Igbo man as an enduring  quality that would help to rescue Nigeria from its steady decline in all indices of human development.

“According to them,  an Igbo person “certainly will not run Nigeria in a patronising manner. His or her leadership shall be a win-win for all sections of the country since he lives among all Nigerians in every nook and cranny of the country.”

They described the people of the South East as those that most believe in the unity of the country; that is why they are ones that are settled in every  place in the country, even making up the second largest population after their host.

The conveners are also keen to debunk the long-held misconception that the 1966 coup was an Igbo coup.

“No ethnic group  carries out a coup against a government in which they enjoy commanding heights and primacy of place; or, botch a coup which they organized to enthrone their  own hegemony as Generals JTU Aguiyi -Ironsi and Emeka Odumegwu Ojukwu did to stop that first military putsh,” they added.

They concluded by contending that the task of moving Nigeria forward was a collection effort and leaving any behind would make accomplishing such arduous task impossible.