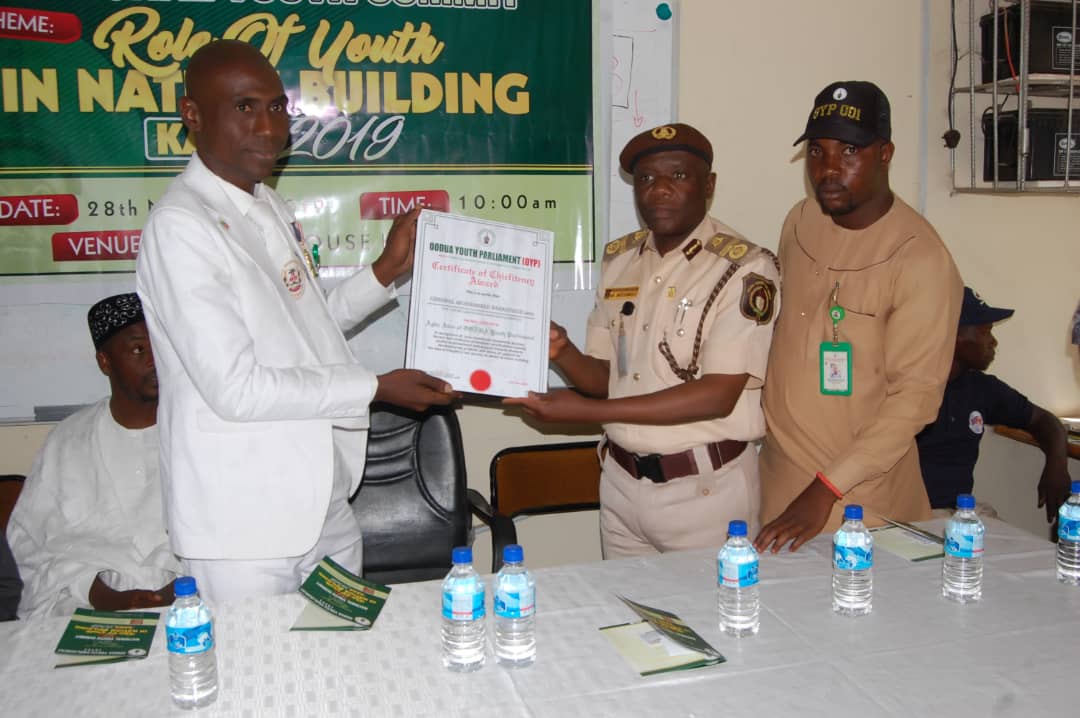 KADUNA- Congress of Nigerian Youth (CNY) in Collaboration with Oodua Youth Parliament  yesterday in Kaduna conferred the tittle:  “Oluomo of Ooduwa Youths Parliament”, meaning the Leader of the Children of Ooduwa Youth Parliament to the Vice Chancellor, Crown University International Chartered Inc., Professor Sir, Bashiru Aremu in honor to his contributions to the development,  mentorship and immense Support to Nigerian, ethnic Nationalities Youth in the country.

Professor Sir Bashiru Aremu disclosed this  to our reporter yesterday in Kaduna State while  fielding questions from some group of Journalists during a National Youths Summit held on Thursday,  28th November, 2019 at Arewa House, Kaduna.

No doubt, the immense Contributions made by the VC of Crown University International Chartered inc is unquantifiable to the Awards received , being given or honor done to him because for  a Vice Chancellor of a University, World renowned Professor of Computer Science, ICT  to had left his comfort zone,a Nigerian Professor moving from another Country to Nigeria on daily basis, and vowed to Nigerian Youths in the positive side of revolution and globalization is a very rare decision that no green  Nigerian academia had dared.

The occasion  that was widely attended by Who-is -Who in Nigerian Political, Economic,  Religious and Traditional sectors, which included amongst others the Executive Governor of Kaduna State, His Excellency, Governor El- rufai, Former Governor of Osun State, and current  Minister of Interior Affairs, His Excellency, Governor Aregbeshola, Ooni of Ife Kingdom, the Emir of Zauzau, Aareona Kakanfo of Yoruba Nation, Ooduwa Youths Parliament Leadership and the National Leadership of Nigerian Youths Congress to mention but a few.

Professor Bashiru Aremu had contributed immensely to the overall development of Nigerian Youths – Socially, mentally, materially, Politically, academically, Culturally, Scientifically, and Technically through various forms of advocacy, Youth mobilization and  engagement, Skill development,  Vocational trainings, Education development and research so as to reduce the high level of Youth unemployment, restiveness and crime amongst young people in the country.

The media and other stakeholders will bear witness of his constant demonstration of love, Support to the course of Youths in Nigeria so as to make them continuous agents of Change in the Society, his advice to Youths on daily basis urging them to embrace the positive aspects of the Dynamics of the Society and avoid social vices capable of thwarting their dreams in life endeavor just like  a good and genuine father gives counsel to their children.