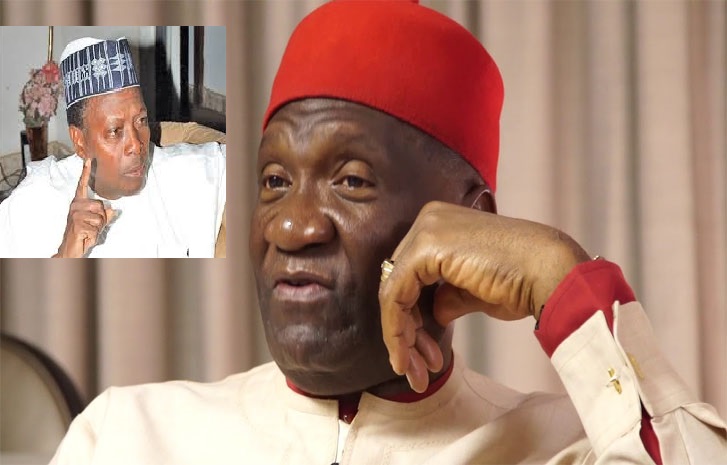 Elderstatesman and Second Republic federal lawmaker, Junaid Mohammed has revealed that North rejected the plea of John Nwodo, the President- General of Ohanaeze Ndigbo when he begged them to make him President.

Speaking in an interview with Daily Independent, Junaid said Nwodo came with a delegation from Enugu, while the meeting took place in the home of Lawal Jafaru Isa, former military administrator of Kaduna state.

He said they only laughed at Nwodo because the North does not support the culture of begging for positions.

He said “I haven’t seen an Igbo man that I will endorse for now. I will not endorse an Igbo man because all the people who are pretending are not serious and they have the history of being part and parcel of the family that brought the civil war”.

“Are you telling me because John Nwodo is the president of Ohanaeze I should ask people to vote for him? I will not”.

“He came all the way from Enugu state to meet our people with a delegation and we had a meeting in a house not very far from my house, he house of a former governor of Kaduna state, Lawal Jafaru Isa”.

“We had a meeting there in which John Nwodo went on his knees begging us to make him President. We laughed at him. In our culture, you don’t come here and say you people should make me this or that. We allow people to point at you and say you are good to occupy certain positions”.

“Being the President is not a question of begging people” he said.