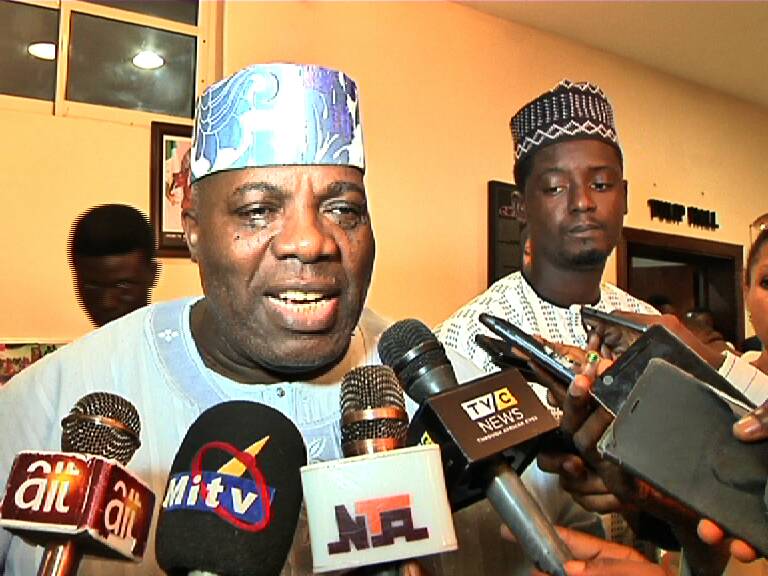 Justice Ijeoma Ojukwu of the Federal High Court, Abuja has fixed December 12, 2019 to rule on an application, by Doyin Okupe, a former Senior Special Assistant on Public Affairs to former President Goodluck Jonathan, asking to be discharged of all the charges brought against him by the Economic and Financial Crimes Commission, EFCC.

Okupe is being prosecuted alongside his two companies: Value Trust Investments and Abrahams Telecoms by the EFCC on 59-counts bordering on money laundering, criminal diversion of funds to the tune of N702, 000,000 (Seven Hundred and Two Million Naira).

One of the charges reads: “That you, Dr. Doyin Okupe, being the Senior Special Assistant to President Goodluck Jonathan from July 2012 to May 2015, and being the Managing Director/Chief Executive Officer, and a signatory to the bank account of Abrahams Telecoms Limited, on or about the 3rd October, 2014 in Abuja within the jurisdiction of this honourable court, directly took possession or control of the sum of N35million, transferred to the account of Abrahams Telecoms Ltd from the account of the Office of the National Security Adviser with the Central Bank of Nigeria, purporting to be for special services when you reasonably ought to have known that the said fund formed part of the proceeds of an unlawful activity.”

The defence counsel, Akinlabi Akinbade while adopting the defence team’s no case submission, contended that the prosecution had not satisfied the requirement of proving its case beyond reasonable doubt, that it failed to prove that Okupe acquired the money illegally as charged.

Counsel to Value trust Investment Ltd, Tolu Babaleye also asked the court to discharge the second defendant as it was not linked with the crime and has nothing to prove based on the evidence presented. Counsel to Abrahams Telecoms aligned himself with this argument and asked that it be discharged as no case has been established against the company.

Ibrahim Audu, counsel to EFCC, however, argued that the prosecution has established a prima facie case against the defendants to warrant the court to invite them to enter their defence.

He added that based on the witnesses presented and evidence tendered before the court, there is a nexus between the criminal conduct and the offences which the defendants are charged.