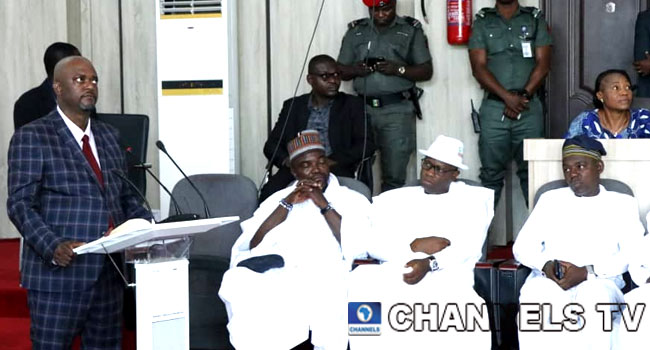 Mr Onoja appeared before members of the House on Monday at the legislative chamber of the Assembly complex in Lokoja, the state capital.

The deputy governor-nominee is the former Chief of Staff to the state governor, Mr Yahaya Bello.

His screening comes three days after the lawmakers impeached the former deputy governor of the state, Mr Simon Achuba.

The House impeached the embattled former deputy governor on Friday following the submission of a report of the committee set up by the State Chief Judge, Justice Nasir Ajana, to investigate an allegation of gross misconduct against him.

The Majority Leader of the House and member representing Ajaokuta State Constituency, Mr Hassan Abdullahi, had told reporters that Mr Achuba was impeached in a unanimous decision by the lawmakrs.

He added that a seven-man committee headed by John Bayeshea submitted the report to the Speaker of the House, Mr Mathew Kolawole, before the House arrived at the decision.

Mr Achuba, however, rejected his impeachment by the lawmakers, saying it was illegal and unconstitutional.