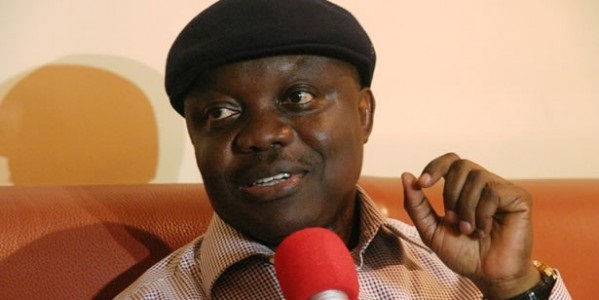 The Election Petitions Tribunal sitting in Asaba, on Saturday, nullified the election of Senator James Manager of the Peoples Democratic Party (PDP) as the senator representing Delta South senatorial district.

The News Agency of Nigeria (NAN) reports that the tribunal Chairman, Justice O. O. Onyeabo, in his judgment, ordered a re-run within 90 days.

Former Gov. Emmanuel Uduaghan, candidate of the All Progressives Party (APC) at the Feb. 2019 National Assembly Elections, had approached the tribunal, praying it to invalidate the victory of Manager.

Uduaghan, in his petition, alleged that there were widespread electoral malpractices by the PDP and INEC.

Justice Onyeabo, in his judgment, ordered INEC to withdraw the certificate of return issued to Manger.

The tribunal chairman said that the defendants could not defend the allegations of over-voting and other irregularities during the election.

The petitioner had listed the areas where the electoral irregularities were discovered to include Burutu, Bomadi, Patani, Isoko North, Warri South-West and Warri North local government areas.

In his reaction however, Counsel to Manager, Mr Larry Selekeowei (SAN), said that his client was not satisfied with the judgment.

The tribunal chairman, in his judgment delivered on Saturday, declared that the petition, filed by the PDP and its candidate, Evelyn Oboro, lacked merit and consequently struck it out.

Oboro had, in her petition, prayed the tribunal to declare her as the winner of the election, citing electoral irregularities.