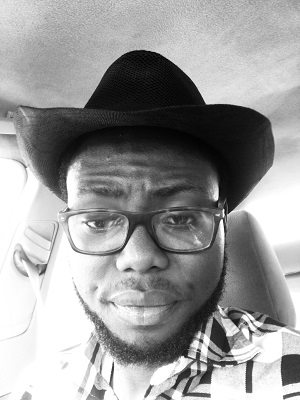 There is not a tittle of doubt that Nigeria, as is currently configured and being run by insatiable savages, is unsalvageable. Politically, economically, socially, and in every other way you can imagine — Nigeria is a failed country. And the decayed state of this country is a result of more than half a century of elite-conspiracies.

Since the beginning of this week, the social media has been awash with hashtags of the latest zeitgeist in Nigeria: #RevolutionNow, #DaysofRage and #OrangeRevolution. These three hashtags are indicative of the new wave sweeping across Nigeria — the general mood of the majority of Nigerians who are tired of the existing political order, and thus yearning for a new order that would rekindle the hope for national transformation and prosperity.

It comes as no surprise to me, for I am convinced that Nigeria has reached the point where it must embrace the common axiom that emphasises what is perhaps the truest of all universal truths: that all things with a beginning must have a corresponding end.

In my last piece, I wrote about the importance of a Nigerian Revolution as the panacea to our nearly fifty-nine years sojourn in the doldrums. It may seem like an attempt to get a quart into a pint pot, but I dare say nothing can stop an idea whose time has come. The conspiracy against Nigeria’s progress is simply elitist, and the solution to Nigeria’s problems lies with the masses. Both in recorded and contemporary history, we have seen that when leaders fail to deliver on their mandate, as has been the case in Nigeria since the first republic, a radical expression of the people’s disaffection through civil disobedience and other means possible becomes inevitable.

In the year 2004, the state of Ukraine was engulfed by a people’s revolution that would later be commonly known as the Orange Revolution. Prior to the Orange Revolution, there was great disaffection among Ukrainians over the absence of economic and political transformations. The president of Ukraine at the time — Leonid Kuchma — had become greatly unpopular following a huge scandal generally known as the Kuchmagate or the Cassette Scandal of the year 2000. In 2004, he decided to throw his weight behind his Prime Minister, Viktor Yanukovych, to run for the office of the president since he couldn’t run for a third term due to his unpopularity.

The desperation in Kuchma to maintain power, even if indirectly, instigated him to deploy every political instrument within his command for his candidate to achieve political victory. As a result, Ukraine’s presidential runoff election in 2014 was marred by electoral fraud and irregularities, including the abuse of state apparatus, voter intimidation, outright rigging, and absolute subversion of the will of the citizens — all in a bid to abet Kuchma’s preferred candidate Viktor Yanukovych, in becoming the winner of the presidential runoff election.

In response, the presidential candidate of Our Ukraine, Viktor Yushchenko, called for nationwide protests against the unmitigated electoral fraud which had happened in the country, and with the resolve of disaffected Ukrainians on the streets, and the commitment of the courts to justice, the behemoths of Leonid Kuchma and Viktor Yanukovych were defeated, and Yushchenko became the duly elected president of Ukraine in January 2005, after a re-run election in which Yushchenko emerged winner inDecember 2004.

Prior to Ukraine’s Orange Revolution, Ukrainians were deprived of justice at the ballot; the same way Nigerians were recently deprived of justice at the ballot. Prior to Ukraine’s Orange Revolution, every state apparatus was deployed by Leonid Kuchma and Yanukovych to upend the will of Ukrainians; the same way General Buhari and his toadies in key government institutions upended the will of Nigerians during the last general elections.

Prior to Ukraine’s Orange Revolution, President Leonid Kuchma was mired in the Cassette Scandal; the same way General Buhari’s regime has been tainted by several scandals, including his public declaration of support for Abdullahi Ganduje — despite the Gandollar Scandal; his insidious but failed attempt to reinstate Abdulrasheed Maina to office; his offering of sanctuaries to manifestly corrupt politicians — including those working closely with him and those under investigation at the EFCC; his clampdown on dissenting voices and stifling of democratic rights of citizens; even his utter disrespect for women — his deafening silence on the raids on women in Nigeria especially in Abuja; and many more from which he has enjoyed outright immunity or been wriggled out of — with impunity.

But more than General Buhari, Nigeria’s Orange Revolution is about returning to the basics. It is about redefining our country — our democracy, and the “hermeneutics of citizenship.” It is about creating a new order — a radical departure from oligarchy to popular democracy — a paradigm shift and a new beginning. It is about justice; social, economic and political justice. Nigeria’s Orange Revolution is what we need to right the social, economic and political wrongs which we have had to live with for nearly fifty-nine years of this barren independence.

During Ukraine’s Orange Revolution, Eastern and Southern Ukraine — the strongholds of Yanukovych, hinted at the breakup of Ukraine if their candidate didn’t have his way — the same way many pro-disintegration advocates are clamouring in Nigeria today. But they failed. In the same way, Nigeria’s Orange Revolution intends to replace the calls for disintegration with justice and cohesion. Every Nigerian worker — whether in Oyo or Nassarawa — deserves a good pay and humane working conditions. Every Nigerian farmer — whether in Benue or Cross River — deserves as much subvention as is given to monopoly capitalists.

The average Okada-rider, Danfo-driver and Keke-driver are all desirous of an environment where they can work and reap the benefit of their labour without fear of what unscrupulous government agents might do to frustrate them. The average Nigerian artist is gravely concerned about intellectual property and the ability of government to provide basic amenities. Every well-meaning Nigerian desire a country where corruption is not the common currency among politicians, but service and dignity. These are some of the existential realities spurring the Nigerian Orange Revolution.

The coming days of rage which will commence on Monday, 5 August 2019, will be defined by mass protests, general strikes and civil disobedience. The Nigerian Orange Revolution, like Ukraine’s Orange Revolution, will remain a peaceful and civil series of demonstrations — for as long as the government and its instruments of oppression remain peaceful and civil. A call for revolution does not automatically mean a call for violence. The intensity of any revolution, in fact, depends on the response of those in power.

It is important to note, as I conclude, that although Ukraine’s Orange Revolution appealed to citizens of all age groups, the revolution was largely defined by young people. And this is a trend that is still as true in contemporary revolutionary demonstrations. Young people ensured the end of Park Geun- hye in South Korea; they ensured the end of Dilma Rousseff in Brazil; they ended twenty-three harrowing years of Ben Ali’s regime in Tunisia and kickstarted the Arab Spring; they ended three decades of Omar Al Bashir’s regime in Sudan; they ensured Puerto Rico’s Governor, Ricardo Rossellò, resigned from office; and even now, they are on the streets of Hong Kong fiercely opposing China’s anti-democratic agenda.

It follows that those of us in Nigeria — the most poverty-stricken country in the world — must demonstrate an unequalled resolve to end the nearly six decades of economic and political deprivation, social exclusion and unbridled oppression of the majority of us. It matters not how many are willing to flood the streets at the beginning of this revolution, or the number of counter-revolutionary forces that will be bankrolled by the government — for this is an allied concomitant of revolutionary actions across the world. The success or failure of Nigeria’s Orange Revolution will be determined by our resolve — both old and young — to never give up on the revolution until it is achieved.

Adebayo Raphael is a Writer and Human Rights Activist. He writes from Abuja and can be reached on Twitter via @Asorosobioro.