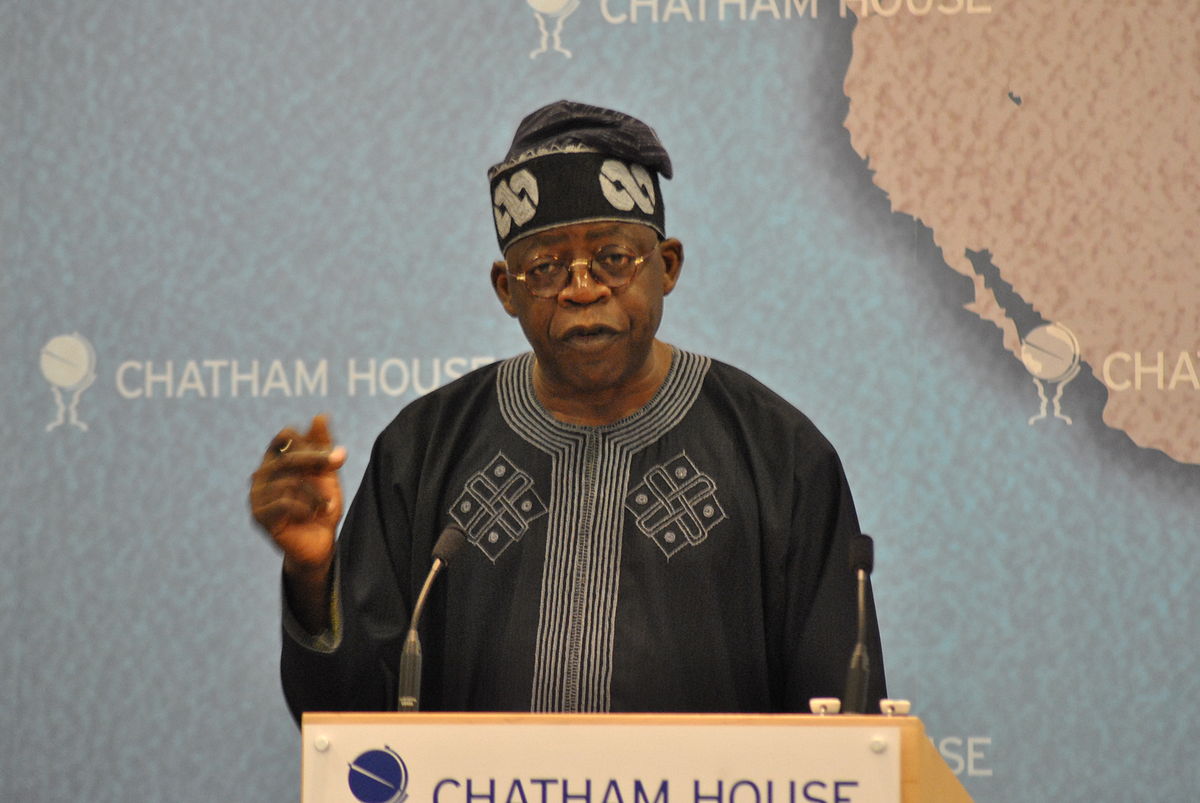 The Coalition of Northern Groups (CNG) has accused former Lagos state Governor and national leader of the ruling All Progressives Congress (APC) Asiwaju Bola Ahmed Tinubu of political double-speak regarding the unity of the country, saying his actions betray his utterances.

The Coalition said it read some news reports on Monday, August 11, 2019 with the caption “Let’s work for growth, not separation” attributed to comments made by Asiwaju Bola Ahmed Tinubu and is compelled to make a reaction because of the inaccuracies it conveyed.

“The comments by Tinubu only succeeded in further exposing his  hypocrisy and obsession with double standards with regard to his role in causing the present high political polarization in Nigeria and the deterioration of trust in the current administration.”

In a statement made available to Newsmen in Abuja, Tuesday, by its spokesman, Abdulazeez Suleiman, accused Tinubu of kicking against the appointment of an Igbo man as Secretary to the Government of the Federation (SGF), raised several posers for the former Lagos state Governor.

“While we do not envy the Asiwaju, his privilege to believe he can push his ambition for the presidency at all cost, we nevertheless find it ridiculous that he still thinks he can can get away with this latest rap on national growth after having stood against it for quite long.

“As we join the general uproar and condemnation that trailed the statement by Tinubu, we wish to ask him to sincerely answer the following simple questions:

“Tinubu should explain the absence of his sense of cohesion when, in 2015, the Oba of Lagos, whose affinity to Tinubu is no secret, ordered that all Igbos must vote Tinubu’s APC or leave the state.

“Tinubu’s concern for national growth was certainly missing at the inception of this administration when he vehemently stood against the formation of an inclusive government against the advice of the leadership of the Northern Elders Forum for Buhari to appoint an Igbo as Secretary to the federal government.

We are aware that Tinubu solely misled President Buhari against that patriotic advice by insisting that the Igbo did not vote him and that it was not safe for another Igbo to succeed the office which was immediately vacated by a kinsman. He made the President appoint his stooge, Babachir Lawal who turned out to be a national disgrace. This much was confirmed by Lawal himself when he said he owed his appointment to Tinubu and to some extent, Bisi Akande. And after the scandalous fall of Lawal, Tinubu again prevailed against an Igbo successor and imposed another stooge, Boss Mustapha.

“Tinubu should explain where his conscience for nationhood was during the February 2019 elections when after disenfranchising the Igbo community in Lagos, militant OPC youth backed by leaders of the South West violently attacked Igbo communities and their businesses.

“He should explain his democratic claims and desire for growth in relation to his unilateral insistence on denying a sitting Governor Ambode of Lagos state the right to seek reelection in 2019.

This he did despite personal efforts by President Buhari to show him that Ambode was a performing, hardworking governor. The President even sent a committee of seven governors picked across states to persuade Tinubu but he stood his ground merely for his personal interest.

“Tinubu’s sense of nationalism also came to question with his silence at the time his people in the South West deployed every unconventional means to fight the presidency, the entire Fulani and the larger North over the Ruga initiative of the federal government. His concern for national integration must have gone to sleep when the Afenifere, an organization he nourishes, ordered the Fulani out of the Southwest, and when Gani Adams threatened to mobilize 2 million Yoruba warriors against the Fulani in the Southwest.

“Where was Tinubu’s sense of patriotism when his stooge Omoyele Sowore  recently masterminded and actually called for a violent protest with the ultimate aim of overthrowing a democratically elected government in which he, Tinubu is singularly the major beneficiary?

“How does Tinubu explain his conspiratorial silence when Wole Soyinka, Falana and other rabble-rousers on his payroll openly supported and backed the mastermind of the overthrow attempt?

“Lastly we task Tinubu to justify his claim to nationalism and growth against the four-year protracted war he waged against Bukola Saraki and Amaechi simply because they opposed the emergence of a Muslim-Muslim ticket in the buildup to the 2015 elections.

“In conclusion, we categorically state that unless and until Tinubu is able to satisfactorily provide answers to these questions, no Nigerian, certainly no northerner would take his call for focus on national growth seriously. We finally call Tinubu’s attention to the new reality that though he might have succeeded in fooling some Nigerians sometimes in the past, he should not expect that he can fool anybody anymore”, the CNG declared.