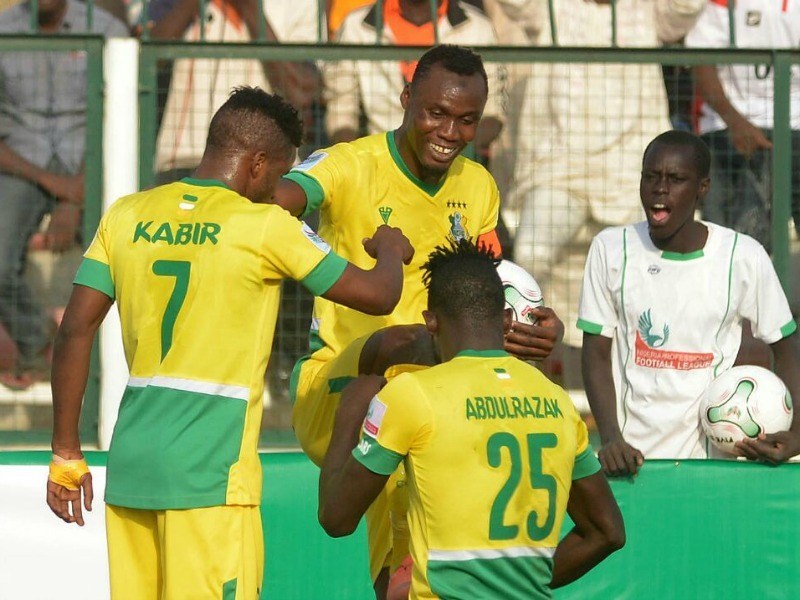 The Chairman of Kano Pillars Football Club, Surajo Shuaibu, on Thursday confirmed that his club would play a friendly match with the national under-23 male football team on Saturday in Kano.‎

Speaking to newsmen during a press briefing at the club’s Secretariat in Kano, the chairman said the main purpose of the friendly was to boost the players morale.

He said this was important in the light of their dismal outing in the first preliminary round of the 2019/2020 CAF Champions League.‎

“After our early exit in the championship, we are planning to restore the confidence of the players.

“We are also going to play some practice matches and sign on some quality players, particularly in key areas, as the 2019/2020 Nigeria Professional Football League (NPFL) season will commence next month,” Shuaibu said.

T‎he national under-23 team are preparing for the final round of qualifiers for the African Under-23 Championship where they will face their Libyan counterparts.‎

On the team’s performance against Ashanti Kotoko in Kumasi, the club chairman took the blame and responsibility for the lacklustre performance and early exit.

He also apologised to fans and supporters of the club ‎and promised to restrategise against next season.

‎Shuaibu also assured fans that the club would look for sponsors to brand the team.

“The club will soon enter into an agreement with a firm from Dubai on marketing and sponsorship,” he said.

The club chairmen then called on the team’s teeming supporters to be of good discipline and prayerful for the overall success of Kano Pillars.