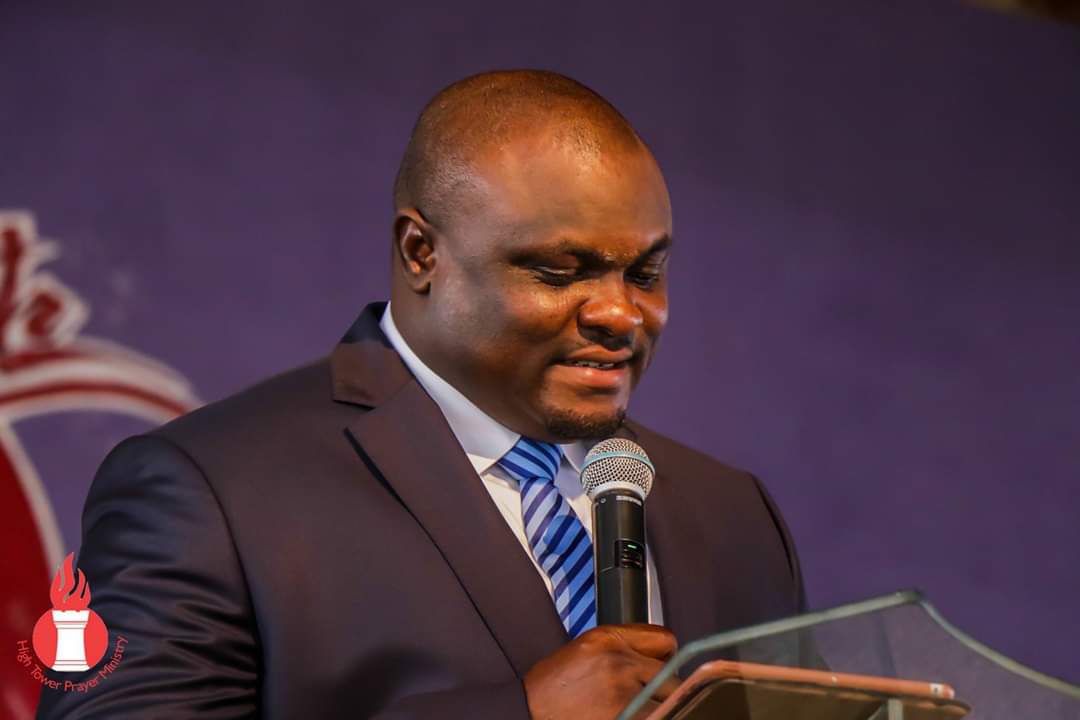 In this interview with newsmen in Lagos, Founder of High Tower Prayer Ministry Inc located at Baruwa-Ipaja, Lagos state, Prophet Rufus Olawale Ikotun talked on the forthcoming ten years anniversary of the church coming up on September 1st to September 29th, 2019 and some other national issue. Excerpt.

I was born and brought up in a rural area called Kachako in Takia local government, Kano state where the population is not more than 5000 but I am from Ilesa, Osun state. I attended Kachako Primary School but my mum took us back to Ilesa where I attended Ogudu Methodist Primary School. From there, I proceeded to Aromolaran Grammar School in Ilesa. I couldnt finish there but I finished my secondary education at Tackle Community School, Ilesa. From there, I went to Kano State Polytechnic where I studied banking and finance.

When did you receive your calling?

I was brought up in Cherubim & Seraphim church. From there, I moved to CAC where I received the calling. From CAC, I attended Mountain Of Fire & Miracles Ministry briefly. There was a mountain in Kano called Paul Pile Rock where I used to pray. Thats where I received my calling but since my polytechnic days, God has called me to start his work and I have to struggle to finish. To cut it short, I started this ministry in 2009 and since then, the Lord has been faithful.

Whats your view about the security situation of the country?

Its not normal but we have been praying because the Devil is at work. When I was in Kano, the north is safer than the south, although there was traces of Mataisine but I can’t envisage the current situation we found ourselves. You know, I told u I am an Hausa boy, in fact I failed Yoruba in my WAEC and passed Hausa language and I know some things going in the north that most of you dont know, but I will not talk not to stoke up the fire.

As a praying nation, we are still one of the poorest in the world, where did we get it wrong?

People believe in prayer than work. Prayer make things work but you have to work. As powerful as God is, God can not multiply zero. When Job was in distress, when he lost everything, it was what his friends gave him that God multiplied. Thats why God gave us wisdom. We can’t sit down or put all our hope in government. You have to work.

What do you have to say about churches praying about prosperity nowadays?

Prosperity is good but compare to other religion thats being funded internationally, Christianity is under funded. So when it comes to the gospel of our Lord Jesus Christ, money is very important. Let me tell you the fact, money is the only thing competing with God because the bible said, “with God, all things are possible” and the same bible said, “Money answereth all things”. Can you see?

As a prophet, has God told you what’s needed to be done to get Nigeria out of this current situation?

You see, prophecy is of the Lord and its a secret of the Lord. Check Deuteronomy 29-29. I prophesied the high rate of dollar and fuel increment from N65 to N95 then. In fact, I prophesied President Buharis victory in 2015 but I said there would be hardship. But, we need to intensify prayers and our leaders must listen to the voice of God through we his Prophets. Though God has spoken, but I will not say it publicly because you dont talk all the time. 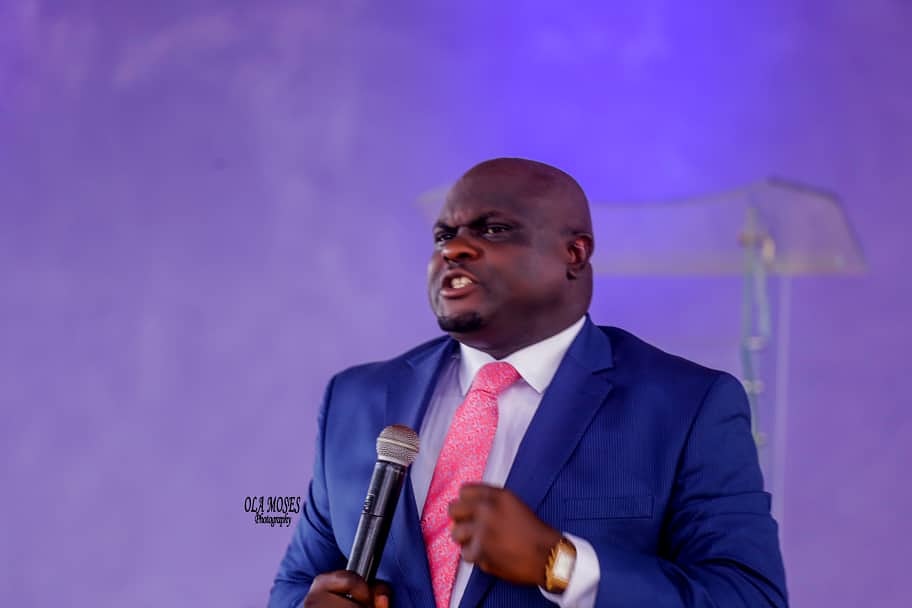 What’s the role the church can play in the current situation of the country?

You can only play a role where you are needed but in a place where they are silencing the church, what do you want us to do? In the past few years, have you noticed there have been much attack on the church & its Pastors? The question to ask is, is the church really needed?”

What are the challenges you have faced since you became a prophet?

They are many but do you know I started this church in 2007 but when there was no one, I closed down and ran back to my Kano state. I remember then when I would be preaching and people would be mocking. I staged a revival and no one came and so on. So, I have to close down for two years until God told me to rise up again and since the past ten years, God has been really faithful.

There is a close relationship between you and Rev. Mother Esther Ajayi. Can you tell us about this?

She is my mother in the Lord. Christ is not divided but its we that are dividing it. I met her in America but people are seeing her philanthropic side and not her spiritual side. Anyone that wants to see Esther Ajayi now is because of money but what many dont know is that she is a blessed woman. When she tell you something, it will come to pass. She prophesied that gospel star, Yinka Ayefele would give birth to triplet and it came to pass. She is a genuine woman of God.

Are there plans to Islamize Nigeria as being speculated?

It can never work in Jesus name! They have been trying it but it can’t work. What happened to a bank that was helping churches? They have closed it down but it won’t happen in the case of Islam. We have Islamic bank in Nigeria today. The only bank supporting Christians is the one by The Redeemed Christian Church Of God but you would pass through a lot before you can get anything there.

What differentiate you from other churches?

Its our mandate – REVIVAL. There is nothing thats dead that won’t be revived in this ministry. We are unique in that aspect.

How do you plan to celebrate the ten years anniversary?

We are starting on the 1st of September and end it on the 29th of September with a lot of programme daily. We have invited a lot of popular clerics within and outside the country. But the mega one is the Praise Night which would come up on the 20th of September. Notable artistes like Tope Alabi, Ayo Ajewole (Wolii Agba), Esther Igbekele, Bunmi Akinnaanu and so on will be on ground to praise the Lord with us.

What are your aims and objectives as a church?

They are many but we are doing something unique soon. We are establishing a school and it will be free for all. We are not going to collect a dime and its going to be a quality school.