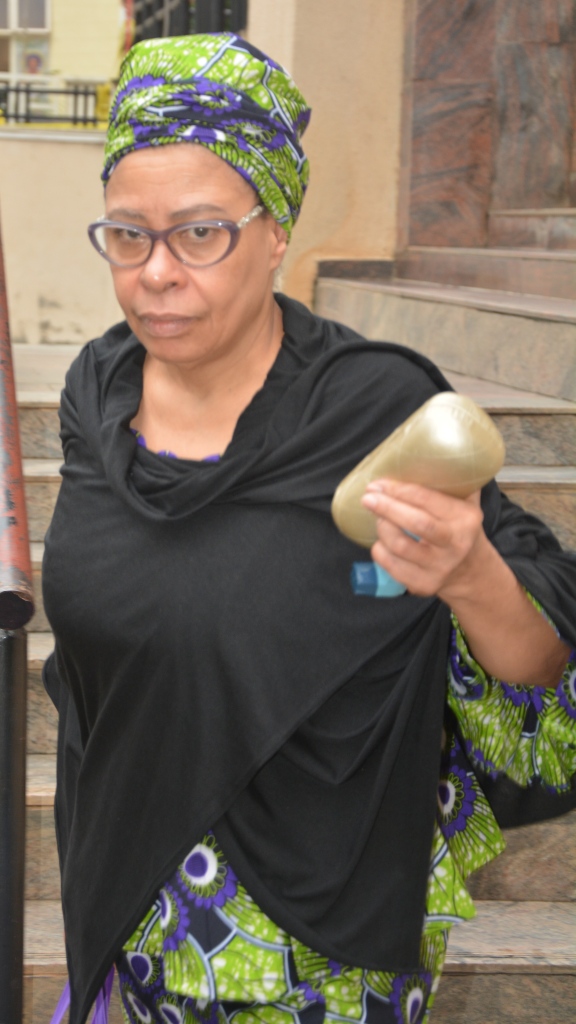 Justice Taiwo Taiwo of the Federal High Court sitting in Abuja, on Wednesday, August 21, 2019 granted bail to Mrs. Isabella Mimie Oshodin who is being prosecuted by the Economic and Financial Crimes Commission, EFCC for alleged money laundering to the tune of N22,964,228,414 (Twenty-two Billion, Nine Hundred and Sixty-four Million, Two Hundred and Twenty-eight Thousand Four Hundred and Fourteen Naira).

Oshodin was arraigned alongside her company, Bob Oshodin Organisation Limited on Monday, August 19, 2019 and is facing a 25-count charge to which she pleaded “not guilty”.

Her counsel, Osahor Odemodia, had moved an application for bail and urged the court to grant her bail on liberal terms, pending the commencement of trial.

Ruling on the application, on Wednesday, August 21, 2019, Justice Taiwo granted her bail in the sum of N250million (Two Hundred and Fifty Million Naira),with two sureties in like sum, one of whom must own a property worth N500million in Asokoro or Maitama areas of Abuja and must submit the documents to theChief Registrar of the Court.

The Court also ordered her to deposit her international passport and should not travel outside of the country. She was also ordered to report once a month at the EFCC Office until the final determination of the suit.

Pending fulfilment of the bail conditions, the trial judge ordered that she should be remanded in EFCC custody “who shall attend to her health conditions, and if need be, take her to the National Medical Centre if the medical facility of the EFCC is inadequate to treat her”.