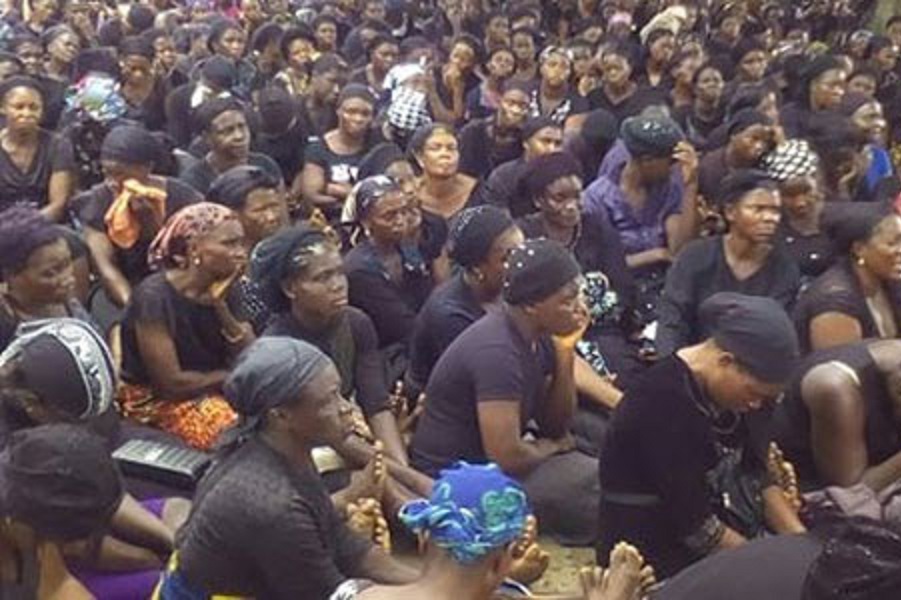 The Federation of Ogoni Women’s Association( FOWA) have rejected plans by the Nigerian Federal Government to forcefully resume oil production in Ogoniland.

President of FOWA, Mrs Namon Nwinde who spoke at the MOSOP Secretariat in Bori, traditional headquarter of the Ogoni people at the end of a meeting of FOWA leaders on Friday, July 12, 2019 said “Ogoni women completely reject the planned return of state repression, killings and rape of Ogoni women under the cover of oil resumption in Ogoni”

The women drawn from all six(6) kingdoms and two special areas of Ogoniland said Ogoni women will be strongly mobilized to resist forceful oil resumption without the consent of the Ogoni people.

“Ogoni women can no longer tolerate the continual repression that is looking endless and coming from our own government.. Our government should be responsible and protect us and not take actions that puts our dignity in danger” Mrs Namon Nwinde said on Friday.

Mrs Nwinde said attempts to resume oil production in Ogoni without the consent of the Ogoni people will be strongly resisted by Ogoni women.

She further noted that the scars of the past are still very visible on Ogoni women and the government should not further inflict pains on Ogoni women by sending soldiers to force Shell or any other oil producing company into Ogoniland.

Nwinde urged the Nigerian government to be humane and use its conscience in handling the Ogoni issue noting that what is needed now is a peaceful negotiation with the Ogoni people on the way forward.